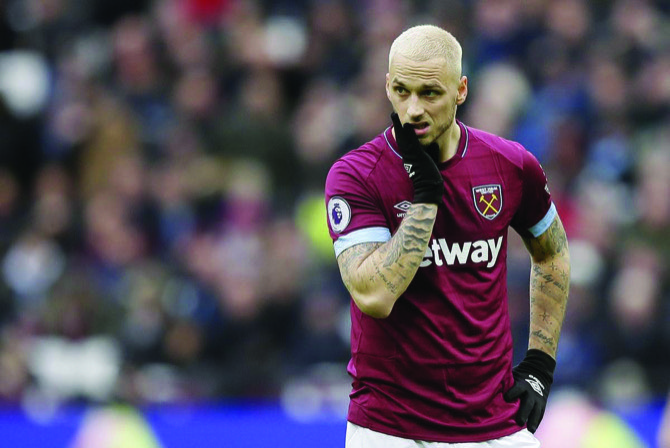 Marko Arnautovic signed a contract extension at West Ham on Saturday, hours after declaring his intention to stay with the English Premier League club despite a “very tempting” offer from a Chinese team.

Late on Friday, the Austria forward wrote on Instagram that it was time to “put a stop to all the writings and speculation,” having needed time to talk to his family and West Ham about his future.

“I want to put the offers aside,” he wrote, “help the club to climb as high as possible in the [Premier League] table and try to win the [FA] Cup.”

West Ham lost to third-tier AFC Wimbledon 4-2 in the FA Cup on Saturday, with Arnautovic left out of the matchday squad. Minutes after the fulltime whistle, West Ham announced the new deal for Arnautovic, whose previous contract ran until 2022.

The 29-year-old Arnautovic was left out of West Ham’s squad for the Premier League game against Bournemouth last weekend. He returned to training this week.

“Marko Arnautovic never refused [to play or train],” he said in the club statement. “I would never refuse.” West Ham is 10th in the 20-team Premier League. AP