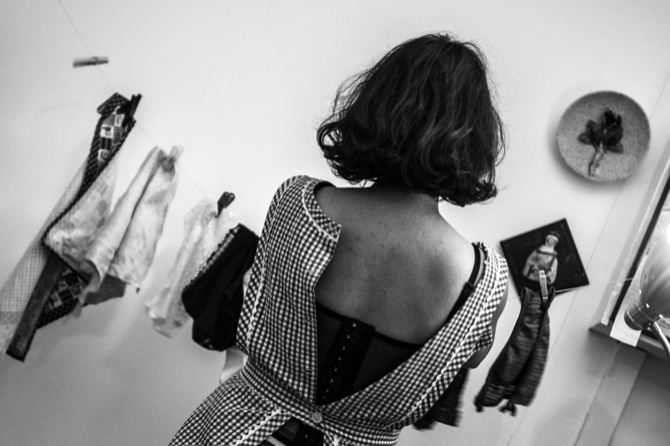 D’As Entranhas Macau, a cultural association, is set to present the theater performance “Valley of the Dolls” on Thursday and Friday at San Va Hotel.

The venue has a limited capacity of 40 people each day.

According to a statement, the play “tells the story of four real women, in their 40s, in their daily intimacy: ill-fated, unloved, grotesque, naive, stumbling and romantic women, as from the stories of four fairy tale princesses.”

The show’s original version was created as a quartet and presented in 2014 in four shops of the Teatro Turim in Portugal.

True to the show’s roots, the organizers will present the play as a rotating show narrated in four cycles of four monologues, repeated on loop every 20 minutes, with the audience circulating around the four installation-settings where the action take place.

The scripts are created by the performers with fragments of Adília Lopes’ DOBRA – gathered poetry.

“All the exposed violence and pain takes us to the real universe of these contemporary women, the perverse and baroque sacred atmosphere we’re interested in, according to the experimental dramaturgical patterns we have been developing since 1999, recreating the real tragic-comic relationships of mismatched lovers,” the organizers stated.

The show will be performed in Portuguese with no translation.