An international art biennale exclusively reserved for the work of female artists will attempt to redress a lack of gender representation in the world of art, organizers said at a press conference held yesterday. 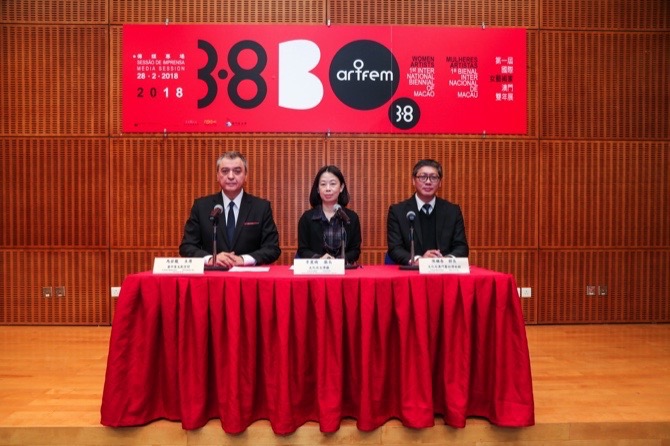 Jointly organized by the Macau Museum of Art (MAM), the Cultural Affairs Bureau and Albergue SCM, the exhibition “Women Artists – 1st International Biennial of Macao” features artworks by 132 female artists from 23 countries and regions. According to organizers, it seeks to “enhance the reputation of contemporary female artists and show the impact of their creative works on society and culture.”

Though it draws inspiration from related events held elsewhere, the concept of the all-female biennale is being explored in depth for the first time in Macau.

At a press conference held yesterday, Margarida Saraiva, curator of the Macau Museum of Art said that the project was a good fit for the institution as they had been studying this concept for some time.

“MAM has been working to study the female presence in the art world. We started with an exhibition last year representing women through the 19th and 20th centuries,” Saraiva told the Times yesterday, referring to the 70 female portraits that decorated the museum’s walls during the second half of last year.

For this latest exhibition dedicated to women in art, Saraiva is responsible for contributing selected pieces from MAM’s collection.

“[For the Museum’s side], we are telling the story of the local art scene. Our collection [recounts] the history of the recent political and social development of our city, starting from the 1970s. From the 1990s our focus was mostly on local artists and from 1999 to the present time, the majority of our works are from China,” she said. “So it reveals a little about the history of Macau.”

The selected artworks mostly date from a period of female emancipation, covering the second and third waves of feminism. However, the pieces in the coming exhibition will not reflect those changing attitudes, said Saraiva, as the movement only gained traction in China several decades later.

“It is interesting that [Macau artists] were not at first interested in identity politics,” she explained. “That concern became more [prevalent] in Chinese contemporary art starting from [the year] 2000, during the emergence of post-feminism and post-colonial thought. From that time, the [local] work gained a new dimension, exploring female identity issues.”

But even today, female artists struggle to have their work exhibited.

According to U.S. agency the National Endowment for the Arts, slightly over half of all visual artists today are women. At the same time, other studies suggest just three in ten of artists represented in commercial galleries are female and their work accounts for only 3 to 5 percent of major permanent collections in the U.S. and Europe. 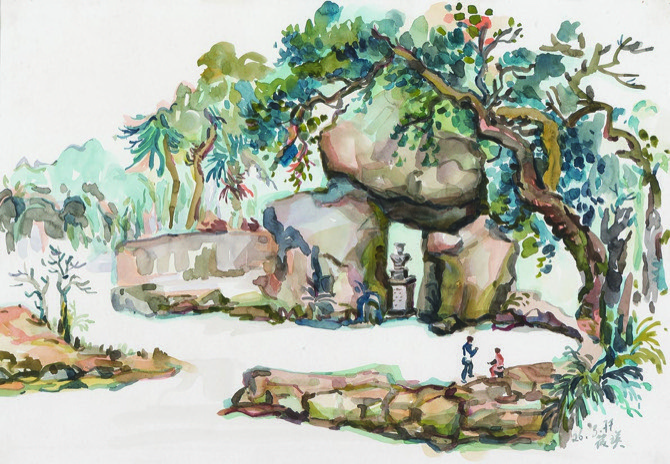 “It is true that women are underrepresented in exhibitions and biennales in the art world. […] This is a fact because there are statistics on this [showing] women are not meaningfully represented,” co-organizer and Albergue SCM President Carlos Marreiros told the Times yesterday. “This exhibition is a step toward showing the real value of women in the arts.”

Asked why he thinks women are underrepresented in the art world, Marreiros said simply, “because this is a male society.”

“I think female artists are less neglected presently than they have been before. Nevertheless, when you analyze the presence of women in biennales or exhibitions or museum collections, they are still underrepresented. We think that [in order] for that to change, we need to rewrite contemporary art history taking into consideration what was their [women’s] role.”

Marreiros said that the international art world would look favorably on the biennale because the initiative was positive, noble and almost unique.

“There are so many biennales today in Asia – particularly in China and [South] Korea. Some of these are very close to us – such as those in [nearby] Shenzhen. […] How can Macau compete with these [locations]? By doing something different, but also noble.”

However, the MAM curator pointed out that the international art world has not reached a consensus and that many female artists reject the concept.

“I have been to international conferences on this topic and listened to artists that totally refuse to be a part of initiatives that are only for women. In a certain way, they consider that this is unnecessary,” she said. “But I have also met artists and academics that believe the exact opposite; that a project like this is still required.”

“Where do we stand in Macau? That’s a very interesting question and I hope visitors will find their own answers.”

The exhibition will be inaugurated on March 8, International Women’s Day, and will be on display at the Macau Museum of Art until May 13.