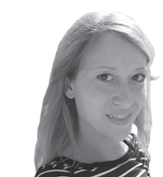 For all those fans of American TV shows out there, just in case you were thinking it, yes I do realise that the title of this column probably sounds like it came from an episode of “The Big Bang Theory”. Although I’m not considering a career change to sitcom scriptwriting any time soon, the choice was somewhat serendipitous as the subject matter that’s been plaguing me recently is one I’m sure braniac scientist Sheldon Cooper would more sympathise with. And it starts with food.
I don’t know if it’s just me, but like Sheldon I eat a lot of takeaway. Contemplating my next meal choice the other day I realised that Macau seems to have an abnormally large choice of Japanese restaurants. Look on any street corner and you’ll see a plethora of them. And it’s not just a local phenomenon – over the border in the mainland too it seems like second to Chinese, Japanese is the most common “foreign” food option.
China’s sushi obsession isn’t just a figment of my imagination either.
This month, for foodies like me, the annual Macau food festival currently on at Sai Van Lake Square guarantees the chance to indulge in even more Japanese titbit scoffing. Reflecting the city’s love of all things sushi, ramen and yakitori, the highlight of this year’s November food fiesta is a Japanese cuisine village featuring delicacies from the Kansai region. But what’s so puzzling about all that I hear you ask?
Well it’s no secret that historically there’s no love lost between Beijing and Tokyo following Japan’s WW2 invasion of China. But Tokyo’s decision just over two years ago to nationalise the Diaoyu/Senkaku Islands claimed by both countries in an on-going territorial dispute culminated in mass boycotting and looting of Japanese businesses on the mainland. And this animosity even stretched all the way to Macau’s stomachs. Due to simmering Sino-Japanese political tensions at the time, the Macau food festival’s organizing committee even went so far as to cancel the Japanese village planned for the 2012 edition.
In the last few years relations have seemingly deteriorated and little has been done by either side to quell the flames of rancour. The Communist party has benefitted politically by exploiting a mix of history and nationalism to fuel domestic anti-Japanese sentiment. Beijing further stoked tensions last year by declaring an air defence zone over the East China Sea, while Japanese PM Shinzo Abe likewise infuriated China when he visited Tokyo’s Yasukuni Shrine honouring Japan’s war dead.
Yet this week on the diplomatic stage there was somewhat of a Sino-Japanese rapprochement at the APEC summit in Beijing. Whether Xi Jinping would use the occasion to meet with Abe fuelled much speculation more than two years after Beijing froze relations. The uncomfortably frosty handshake that took place between both leaders on Monday raised hopes that the feuding neighbours can go some way to reducing current levels of animosity. While the meeting is no panacea and clearly the Diaoyu/Senkaku issue won’t be resolved anytime soon, Abe still said the countries had made a “first step” toward reconciliation.
Whether this will bear any political fruit remains yet to be seen though. Notwithstanding all the Japan-bashing of late, from my untrained observations one thing’s for certain. Despite what the politicians say, the long-standing Sino-Japanese enmity definitely doesn’t extend to the stomach. Reflecting on my usual dinnertime sushi takeaway, handshakes aside, perhaps Xi and Abe should sit down to a deluxe yakitori banquet and a spot of sake to really get things going. After all, diplomacy’s one thing, but dinner’s quite another.