As China cuts back on iPhones, LVMH handbags could be next 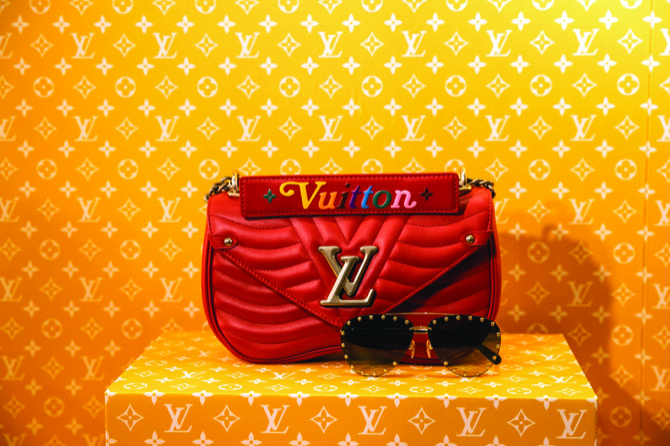 After Apple Inc.’s shock profit warning, investors were quick to make the connection: if Chinese consumers are cutting back on iPhones, Louis Vuitton handbags could be next.

“It’s going to become significantly more challenging to do well in China because the market is tightening up,” said David Roth, chief executive of WPP Plc’s ‘The Store’ global retail practice. “This is a challenging signal that people need to button down and understand China better and prepare.”

Apple cut its quarterly revenue outlook to USD84 billion from as much as $93 billion, blaming it in part on a pullback in demand within China. That set off warning bells throughout the luxury industry, as Chinese consumers account for about 30 percent of the $1 trillion in luxury-goods spending worldwide, according to Euromonitor International.

Prada dropped as much as 3.6 percent in Hong Kong on Friday. In Europe on Thursday, Kering SA fell 5.5 percent, while LVMH dropped 3.8 percent and Burberry tumbled 5.9 percent.

For years, companies from LVMH to Tiffany & Co. have targeted China’s wealthy tourists, who sought out pricey handbags, jewelry and other luxury items while on vacation in Paris to Dubai. Investors are worried that sliding yuan, China’s trade war-hit economy and a government crackdown on overseas purchases could dent demand.

Richemont, which lost 2.8 percent, has already been feeling the heat. The Swiss watch and jewelry-goods maker signaled in November that Chinese sales growth has slowed.

Others have maintained a more bullish tone, with both LVMH and Kering citing robust China sales in October and saying they welcome as shift to domestic sales.

A key test for retailers will come with China’s celebration of the Year of the Pig, which begins on Feb. 5. The week-long Chinese New Year holiday is traditionally a major occasion for shoppers from China to splurge. About two-thirds of those sales take place outside the country as tourists open their wallets while traveling abroad, taking advantage of better selection and cheaper prices than available at home.

But with the U.S. trade war weighing on China’s stocks and currency, and President Xi Jinping’s government trying to bolster a faltering economy, more mainlanders are choosing to do their shopping inside China rather than on overseas trips.

“There’s clearly a shift that has started to happen in the consumption pattern: Chinese people are buying more in China,” said Pascal Martin, a partner in Hong Kong with OC&C Strategy Consultants.

Taxes on imported clothing, which had been as high as 25 percent, are now just 7.1 percent. A recent crackdown by Chinese officials on travelers returning home with undeclared goods is also encouraging local consumption.

The gap between Chinese overseas and domestic spending on luxury is shrinking and a 50/50 balance is “in sight,’’ according to an HSBC report last month.

Companies are scrambling to adjust, opening more stores in China or partnering with local online outlets such as Alibaba Group Holding Ltd.’s Tmall. Ermenegildo Zegna, which has stores in 35 Chinese cities, in December opened a flagship store on Tmall Luxury Pavilion, following a similar move by Italian fashion house Valentino in November.

“It’s much healthier to have Chinese consumers consuming your product in their own country, in terms of repeat business and loyalty,’’ said Thibaud Andre, research director at Daxue Consulting.

The change in consumption patterns is creating headaches for retailers like Tiffany, which has long counted on Chinese shoppers going to Fifth Avenue or Rodeo Drive. In November, Tiffany reported weaker-than- expected sales and highlighted a “clear pattern” of Chinese shoppers cutting back on spending when they’re overseas. Sales in China itself, however, remained strong.

The shift to more domestic purchases will also create more intense rivalry this year as more foreign players vie for consumers’ money in China, according the Bloomberg Intelligence analyst Catherine Lim. She added that the growth prospects on the mainland still remain attractive relative to other countries.

One of the key strategies the companies have is to focus on tech-savvy millennials and the younger Generation Z. The sub-group of shoppers is expected to make up 55 percent of total global personal luxury goods purchases by 2025, a Bain & Co. report said in November.

Retailers and investors are watching to see whether that spending holds up.

“Luxury brands still benefit from a formidable capacity to recruit new consumers in China,’’ HSBC analysts led by Erwan Rambourg said in the December note, but “while managers are preparing for a moderation of growth, most investors we met with in Hong Kong have more dire predictions.’’ Bruce Einhorn, Daniela Wei and Robert Williams, Bloomberg