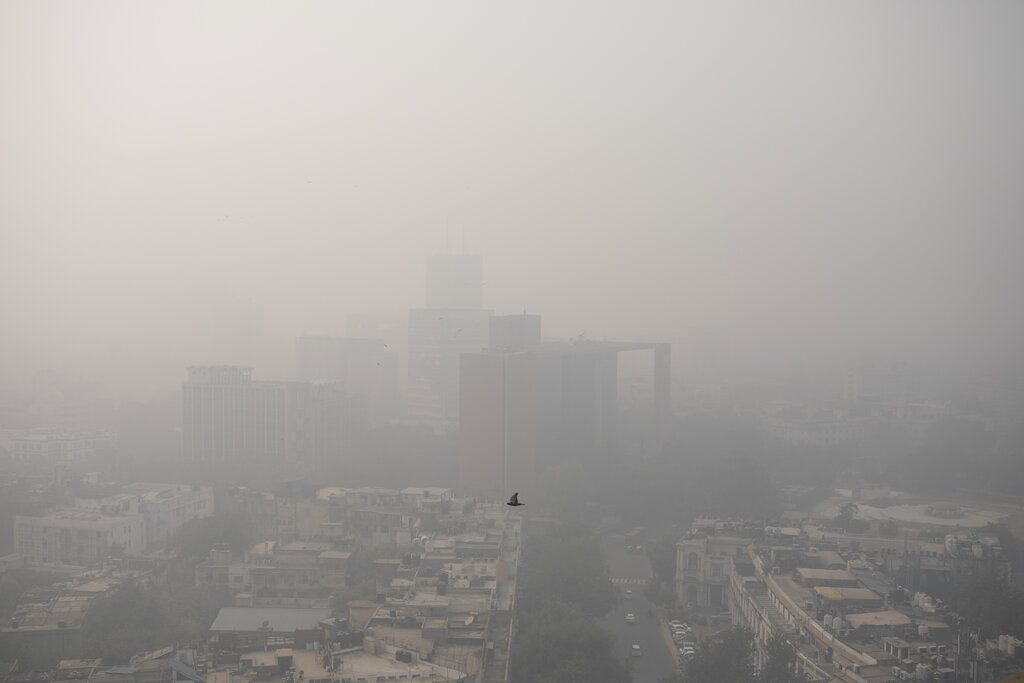 India’s coronavirus outbreak rose by more than 50,000 cases Thursday amid a resurgence of infections in the capital.
The Health Ministry also reported another 704 fatalities in the past 24 hours across the country, raising India’s overall death toll to 124,315.
Nerves are frayed in New Delhi after it reported a record 6,842 new cases in the past 24 hours. It has more than 37,000 active cases.
The ministry has attributed the surge in New Delhi to the festival season and warned that the situation can worsen due to people crowding markets for festival shopping.
The surge comes as New Delhi appears to be heading for a cold wave, along with the fast-worsening air quality. Health experts are concerned low temperatures and high pollution will worsen the virus outbreak.
With 8.3 million confirmed cases of coronavirus, India is the second worst-hit country behind the United States.
In other developments in the Asia-Pacific region:

— China is suspending entry for most foreign passport holders resident in Britain in response to rising COVID-19 cases in the United Kingdom. The suspension covers those holding visas or residence permits issued prior to Nov. 3, with exceptions for diplomatic, service, courtesy or C visas, while foreign nationals visiting China for emergency needs may apply for special case visas. China has largely contained the spread of coronavirus within the country but continues to record imported cases, including another 20 reported on Thursday. It wasn’t immediately clear how many of those were arrivals from Britain. China requires all those arriving in China to undergo two weeks of quarantine.
— Cambodia’s Prime Minister Hun Sen and four Cabinet ministers were in quarantine Thursday after they met with Hungary’s foreign minister the same day he tested positive for the coronavirus. Hun Sen on his Facebook page said he has tested negative and would abide by the country’s coronavirus guidelines and stay quarantined for 14 days, during which he would not meet with family members or attend public events. The Cambodian Health Ministry said all 628 people who were part of the visit have tested negative so far. Hungarian Foreign Minister Peter Szijjarto tested positive upon arrival in Thailand after his Cambodia visit.
— Sri Lankan authorities will end a pandemic curfew imposed in parts of the country, saying people themselves should take the responsibility to avoid being infected the coronavirus. Army Commander Shavendra Silva heads a COVID-19 task force and he says President Gotabaya Rajapaksa is keen that a 10-day curfew now in force in Sri Lanka’s Western Province and some other areas be lifted Monday. Silva says the country’s economy can’t sustain continued closure, with daily wage earners and small businesses being particularly hit hard. He told Sri Lankans, “The country must move forward and the responsibility is with you the public.” Sri Lanka is in the midst of a second wave of virus infections with clusters that spread from a garment factory and the country’s main wholesale fish market.