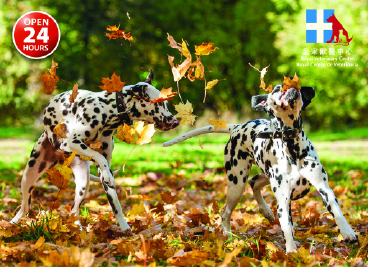 Heartworm
Heartworm is the worm all dog owners fear because it is more dangerous than the others and can lead to death. However, heartworm is not contagious between dogs. If your dog comes in contact with an infected dog, he will not become infected.
If there is heartworm in your area, however, your dog may come in contact with a mosquito that transmits the disease. The mosquito contracts it from a dog that has it, so it’s possible that if your dog is in contact with a dog that carries the disease, there are mosquitoes nearby that may transmit it.
Heartworm is easily prevented with a wide variety of pills and topical treatments, many of which can be purchased at your local vet.

Roundworm
Roundworm is the most common worm found in your dog, and not only can it be spread to other dogs but also humans, so it’s important to be very careful around infected dogs. Roundworm is spread through the vomit or feces of infected dogs. These roundworms can live in the soil for years, even after the waste is cleaned up.
Children are especially susceptible to infection because they often play in the same dirt that the dog does, and inadvertently put their hands in their mouths afterward.
Mother dogs can also pass roundworm to their puppies through their milk.

Hookworm
Hookworm is the only other canine worm that can also be passed to people. These are especially hard to diagnose because they’re invisible to the naked eye, but they can cause extreme pain and intestinal bleeding in both dogs and people.
Hookworms can also live long times in the soil after being released from an infected dog through feces. They can penetrate skin, so dogs and humans can contract them by simply walking in infected soil barefoot.

Whipworm
Whipworm is the most difficult worm to remove from your dog’s system once infected, and they can also live in the ground for years. Like roundworm and hookworm, eggs are released from the dog’s system in their feces and can be contracted by other dogs who come in contact with the feces.
To avoid contracting worms, avoid unknown feces and give your dog yearly worm tests. Flea preventatives can help reduce the likelihood of worms, since some types are spread through fleas.

Hope this info helps
Till next week,
Dr Ruan