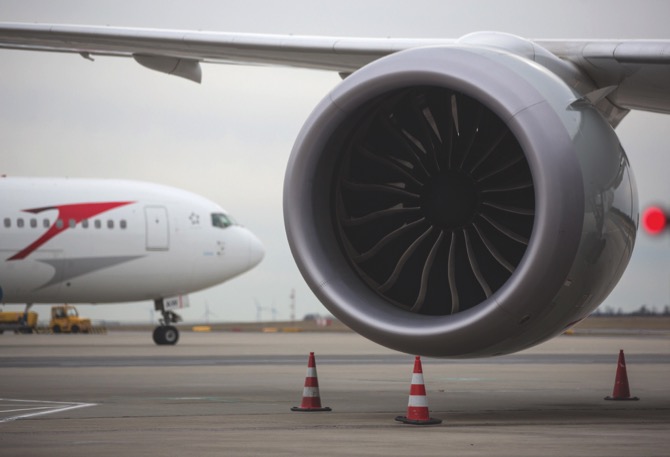 A Macau airline project is seeking USD45 million in funding ahead of the 2020 expiration of Air Macau’s 25-year franchise agreement, which it hopes to contest.

Led by aviation executive Joseph Said, 888 Macau Airlines intends to use the funding to establish itself as a hybrid carrier in the region, flying to destinations in India, Thailand and the Philippines. The airline also wants to try its hand at the insurmountable Macau-Lisbon route, which has bested at least two other airlines in recent history.

It proposes a stopover at a Hellenic beach destination in either Greece or Cyprus, just a handful of hours away from the Portuguese capital, and with plenty of attractions of its own to offer.

An air link to Lisbon carries politically-important implications for Macau, as the government is striving to develop the territory into a platform for trade and co-operation with Portuguese-speaking countries.

Portuguese national carrier TAP Air Portugal previously operated the route with a stopover in Thailand, but it was discontinued approximately one year prior to handover. More recently, in August 2018, Beijing Capital Airlines suspended its Macau-Beijing-Lisbon route after just one year, citing “operational reasons.”

When asked about the difficulties other airlines have faced in keeping the Macau-Lisbon route afloat, Said responded: “Airlines lose money because either they don’t market properly or the price analysis was incorrect.” For example, “the TAP route was structured in the wrong way,” he said.

According to the company’s website, 888 Macau Airlines’ strategy will be to work closely with the local tourism industry, including hotel and casino operators, as well as travel agencies.

“Macau needs a new airline that can work with casinos and travel operators,” the airline executive told the Times. “Nobody is working with the five-star casinos in Macau. We need to bring new destinations to Macau. For example, the casinos are always chasing new markets but many flights [in South Asia] currently go via Shenzhen or Hong Kong.”

“The idea came about in 2013, but it didn’t have the right timing because Viva Macau was still in the back of people’s minds,” added Said, who was formerly a senior manager at the failed airline.

Said says that 888 Macau Airlines will avoid the mistakes Viva Macau made, in that it will be a “Macau airline for the Macau people.” To this end, Said is looking for local partners to help advance the project. “A local investor gives you an advantage. I don’t want it to be a foreign investment. I want it to be a Macau airline serving the people of Macau and the Pearl Delta [Greater Bay Area],” he said.

Said estimates that it would take approximately 12 months to commence short-haul flights from Macau, providing that the company is able to secure the $45 million it seeks. This timeline includes the opening of an office in Macau, as well as the acquisition of an air operator’s certificate.

It would put 888 Macau Airlines in a position to either contest the renewal of the 25-year monopoly franchise held by Air Macau or be a part of a sub-concession agreement with them.

“I want to be in a front position by 2020, when the skies open,” the airline executive told the Times. “And we can be the second airline in Macau,” he continued, adding “whether we get the concession or not, we will work with the other airlines – like Air Macau.”