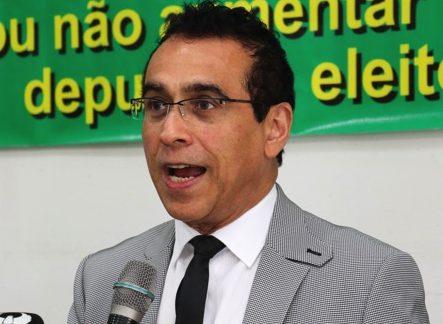 The Macau Civil Servants Association (ATFPM) will conduct a public survey, in order to gauge public opinion regarding the performance of the Chief Executive (CE) as well as the government’s five secretaries.
The survey also enquires about public opinion towards the need to expand the number of seats in the Legislative Assembly (AL) that are occupied by lawmakers who have been directly elected by universal suffrage, the association informed yesterday in press conference held at its headquarters.
According to the president of the ATFPM, Jose Pereira Coutinho, the seven-question survey will collect public opinion on the performance of the CE, as well as the secretaries, by using a graduated scale from 0 to 10, in which 10 represents the best performance. The survey will be run by the association over a period of one month via telephone interviews, and aims to collect information from a sample of about 3,000 interviewees.
As the Chairman of the General Assembly of ATFPM Rita Santos further explained, the total pool of interviewees will be constituted by 30 percent ATFPM members and 70 percent non-members.
“Among the 3,000 [interviewees] we will do everything possible not to focus too much on the civil servants but to turn it [the survey] more to the population [in general],” she said. “Thirty percent will be members [of ATFPM] and the others will be acceding members (non civil servants) and others.”
Santos will coordinate the execution of the survey and will also analyze the data with the help of other members of ATFPM. The former deputy secretary-general of the permanent secretariat of Forum Macau noted that after the results of the survey have been analyzed, they will be used to develop a report which will be delivered to the government with the purpose of “improving the performance of the government leaders.”
Recognizing that the results from the survey might not be very accurate, Coutinho said: “We expect that with 3,000 people [interviewees] we can reach to a confidence level of about 80 percent in relation to what people in Macau think.”
“I’m anxious and curious to know what will be the final result of the survey. I can guarantee that this survey will be fair, impartial and independent […] we will respect peoples’ opinion,” he added.
Regarding the last question of the survey which asks citizens whether they agree with an increase in the number of seats in the AL for lawmakers elected by universal suffrage, Coutinho said, “me and my colleague [Leong Veng Chai] are unsatisfied with the outcome of the electoral law. We want to put pressure on the government on this matter because maybe there are many people in Macau that also want a different system [like us],” he said. He explained that besides answering just “yes” or “no” to the question of adding more directly elected lawmakers, people can indicate how many they think would be an ideal number (options go from two to more than four seats).
In response to a query regarding the database of telephone numbers that allows such a survey to take place, Coutinho mentioned that there is a total of about 40,000 people, both association members and other non-members who  have participated in other activities with ATFPM, and that the files are safe and “hacker free” because the computer on which they are stored isn’t connected to the internet. 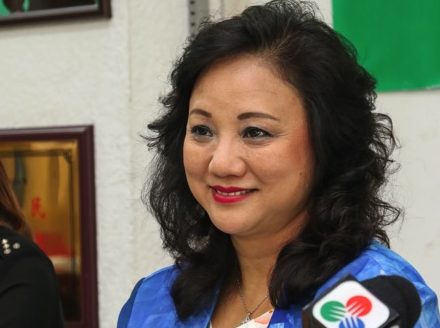 Pereira Coutinho admitted yesterday that he still doesn’t have a complete list to contest the next legislative elections. “We don’t have any list. We are waiting for the decision of Rita Santos,” the lawmaker said. “My colleague [Leong Veng Chai] is planning to retire, but if [Rita Santos] doesn’t give [an affirmative] final world he has to continue to serve the people,” he said.
Coutinho took the opportunity
to express his sorrow over the fact that the region does have more youngsters interested in joining and defending its values “like [what] happened recently in Hong Kong.” He went on to  state “in Macau we don’t teach politics. We need to teach politics and to teach the history of Macau.”
On her side, Rita Santos explained that her decision is dependent on the popular support that the list, led by Pereira Coutinho, can guarantee it will be able to gather. Santos recalled that in the last election the list only managed to gather 16 votes more than Angela Leong’s list, which “puts us in an uncomfortable position.”
Santos remarked that other associations are clearly “buying votes in advance by offering moon-cakes, supermarket vouchers and even red packets (lai si) with money,” blaming the government for the lack of civic education over the years, and concluding that “it is still not the right time to take a decision.”