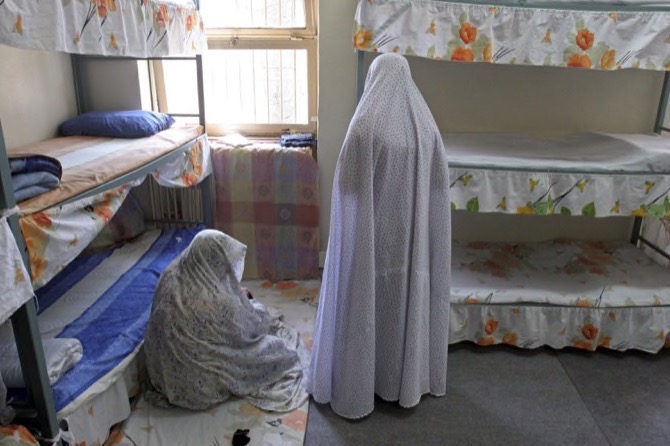 In this 2006 file photo, Iranian female prisoners are at their cell in the Evin prison in Tehran

Australia’s foreign minister said yesterday  her government is pressing Iran to free three Australian citizens from a Tehran prison and she did not believe their arrests were related to Iran’s current conflicts with the West.

Foreign Minister Marise Payne told the Senate that she had raised the arrests of two British-Australian women and an Australian man “many times” with her Iranian counterpart, Mohammad Javad Zarif, while the Australian Embassy in Tehran had made “repeated representations to very senior Iranian officials” on the prisoners’ behalf.

Analysts and family members of dual nationals and others detained in Iran have long said hard-liners in the Islamic Republic’s security agencies use the prisoners as bargaining chips in negotiations with the West. A U.N. panel in 2018 described “an emerging pattern involving the arbitrary deprivation of liberty of dual nationals” in Iran, which Tehran denied.

Payne said she did not believe the arrests of Perth couple Mark Firkin and Jolie King, or the earlier arrest of a Melbourne academic, whose name has not been released, “relate to broader issues.”

“We have no reason to think that these arrests are connected to international concern over Iran’s nuclear program, United Nations sanctions or sanctions enforcement or maritime security and the safety of civilian shipping,” Payne said.

Britain and Australia last month signed onto a U.S.-led maritime security mission to protect international shipping in the Strait of Hormuz, where Iran’s recent seizures of vessels has raised tensions with the West.

Manoto TV, a Persian-language broadcaster in London, reported the couple were arrested for flying a drone near Tehran. The couple use a drone to make videos of their travels which they post on social media.

Their relatives said in a statement yesterday, “Our families hope to see Mark and Jolie safely home as soon as possible.”

The academic who studied at Cambridge University had been sentenced to 10 years in prison, The Times newspaper in London reported. It said she was being held in solitary confinement but it did not know what she had been convicted of doing.

The detentions were “a matter of deep concern to the government and to me personally as the foreign minister,” Payne said.

“The government has been making efforts to ensure they are treated fairly, humanely and in accordance with international norms,” she added.

Prime Minister Scott Morrison declined to say whether he intends to raise the issue with his Iranian counterpart.

“Engaging in public commentary about process on consular cases is never in the interests of those who are caught up in these issues,” Morrison told reporters. ROD McGUIRK, CANBERRA, AP