Australia says its navy can resume visits to Solomon Islands 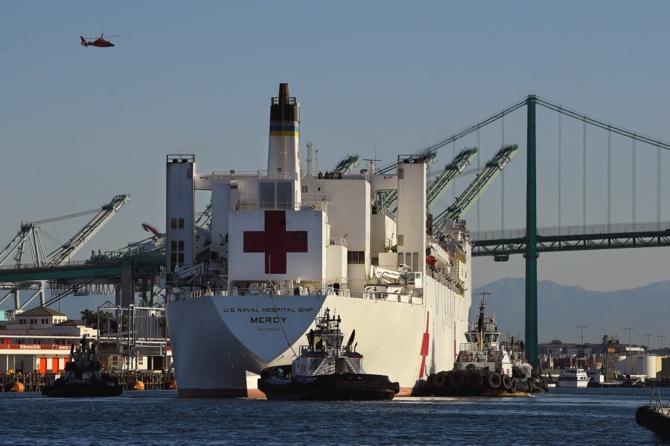 Australia said yesterday its navy ships have been given clearance to resume visits to the Solomon Islands, which had last week announced a temporary block on all military vessels during a review of its approval processes.

Australian Foreign Minister Penny Wong confirmed to reporters that military ships from New Zealand and Fiji would also be allowed to visit the South Pacific nation.

But that means military ships from the U.S., Britain and other countries still won’t be able to dock at a time that many Pacific nations are alarmed about the Solomon Islands increasing security ties to China.

“Of course, we welcome the continued access of a member of the Pacific family — in this case, Australia — to Solomon Islands waters,” Wong told the Australian Broadcasting Corp. “We are regular visitors.”

Asked if she was disappointed the U.S. wasn’t also given an exemption, Wong said the Solomon Islands had indicated it was making its decisions on a case-by-case basis.

“They are a sovereign nation and that’s a matter for them,” Wong told the broadcaster. “What I would say is that the U.S. has a long history of presence in the Pacific, going back to World War II.”

The move comes ahead of a visit to Australia by Solomon Islands Prime Minister Manasseh Sogavare.

“We welcome the Prime Minister’s visit,” Wong told reporters, adding that she welcomed his assurance “that Australia remains the security partner of choice.”

The Solomon Islands put the temporary block in place after the U.S. Coast Guard cutter Oliver Henry and the British navy patrol boat HMS Spey recently canceled planned port calls due to bureaucratic delays. Both ships were part of an international effort to prevent illegal fishing.

Sogavare said the Oliver Henry crew had failed to provide required information in time for his office to approve the visit. The Oliver Henry refueled instead at Papua New Guinea instead.

The HMS Spey withdrew its application to visit, Sogavare said.

“The delay in these approvals demonstrate the need for the government to review and refine its approval requirements and procedures for visiting military vessels to Solomon Islands,” Sogavare said in a statement.

The Solomon Islands did allow a visit last week by the U.S. hospital ship USNS Mercy to go ahead.

Meanwhile, Wong angered Sogavare yesterday by publicly revealing that the Australian government had offered to help pay for Solomon Islands elections due next year.

Sogavare’s government introduced a bill to the Solomons’ Parliament yesterday to delay the election until 2024. The administration argues the country can’t afford to hold a national poll and host the Pacific Games, a multi-sport event held every four years among athletes from Oceania, in 2023.

Sogavare accused Wong of trying to influence Solomons’ lawmakers to vote against the bill tomorrow.

“This is an assault on our parliamentary democracy and is a direct interference by a foreign government into our domestic affairs,” Sogavare said in a statement. MDT/AP