Australia | Wildfires destroy up to 30 homes in New South Wales 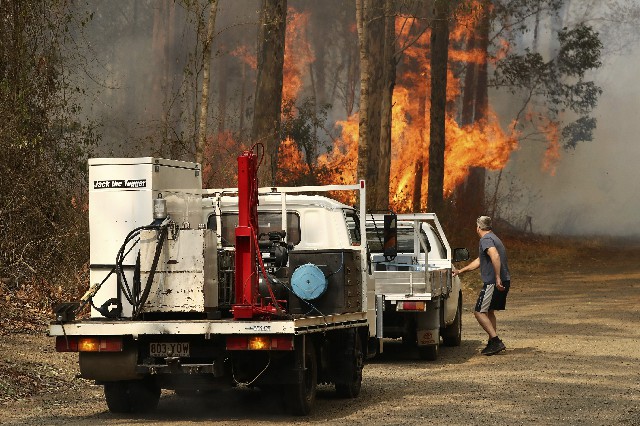 About 500 firefighters were battling out-of-control wildfires in eastern Australia that have destroyed up to 30 homes.
More than 40 bushfires were burning across New South Wales state. Temperatures were cooler yesterday after strong winds and stifling heat restricted firefighting efforts Tuesday.
More than 100,000 hectares have burned with the small village of Rappville, population 250, among the worst affected. About 50 people sheltered in a school overnight.
NSW Rural Fire Service deputy commissioner Rob Rogers said some people had been taken to hospitals with minor burns and breathing difficulties. The number of injures wasn’t given, and the extent of the fire damage was still to be determined.
“We’re just making sure we know what properties are damaged or lost, people are accounted for and making those areas as safe as we can so that people who haven’t lost their homes can return,” he said.
“There’s power lines still down, there’s a lot of trees falling down, so there’s a lot of work to do,” he added.
Prime Minister Scott Morrison said it was a dangerous situation. “Fortunately, there’s been no loss of life, which is something always to be thankful for, but there are remaining very serious threats today,” he said.
Arson was suspected of causing the Rappville fire that started Friday night. Fire service superintendent Michael Brett said “suspicious activity” had been identified in the area.
Rain is expected across northern New South Wales tomorrow. AP