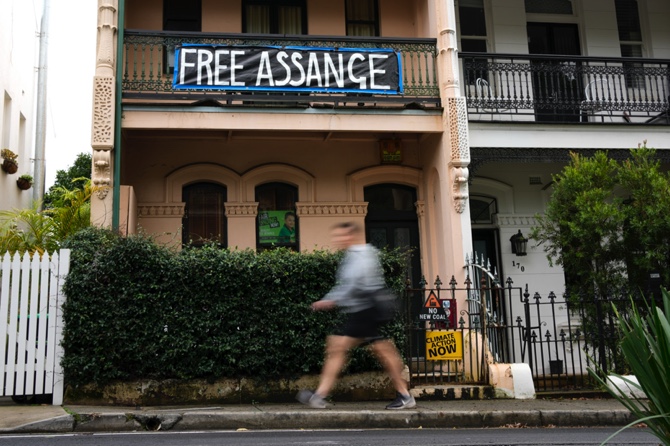 The Australian government has been under mounting pressure to intervene since the British government last week ordered Assange’s extradition to the United States on spying charges. Assange’s supporters and lawyers say his actions were protected by the U.S. Constitution.

Albanese, who came to power at elections a month ago, declined to say whether he had spoken to President Joe Biden about the case.

“There are some people who think that if you put things in capital letters on Twitter and put an exclamation mark, that somehow makes it more important. It doesn’t,” Albanese told reporters.

“I intend to lead a government that engages diplomatically and appropriately with our partners,” Albanese added.

Attorney General Mark Dreyfus and Foreign Minister Penny Wong responded to the British government’s decision by saying Assange’s “case has dragged on for too long and … should be brought to a close.”

They said they would continue to express that view to the U.K. and U.S. governments, but their joint statement fell short of calling for the United States to drop the case.

“The Australian government can and should be speaking to its closest ally to bring this matter to a close,” she told Australian Broadcasting Corp.

Bob Carr, who was foreign minister when Albanese’s center-left Labor Party was last in power in 2012 and 2013, wrote in an opinion piece in The Sydney Morning Herald yesterday that an Australian request to drop Assange’s prosecution was “small change” in Australia’s defense alliance with the United States.

Carr noted that Manning’s sentence was commuted in 2017.

“It looks like one rule for Americans, another for citizens of its ally,” Carr wrote.

Carr told AuBC that Assange going on trial in the United States would “ignite anti-Americanism in Australia in a way we haven’t seen.”

He said hostility to the Australian-American alliance wasn’t “in the interests of either country.”

Assange’s lawyers plan to appeal, extending the process by months or even years.

His wife Stella Assange said her husband was being prosecuted for exposing war crimes and abuses of power.

“The only goal here is to free Julian because this has been going on since 2010. He’s been in prison for over three years and the case against him is a travesty,” Stella Assange said.