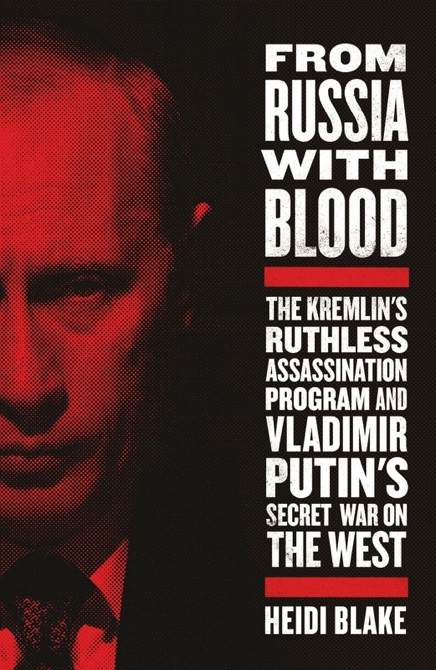 “From Russia with Blood: The Kremlin’s Ruthless Assassination Program and Vladimir Putin’s Secret War on the West,” Mullholland Books, by Heidi Blake

In “From Russia with Blood: The Kremlin’s Ruthless Assassination Program and Vladimir Putin’s Secret War on the West,” author Heidi Blake lays out a sturdy case that Russian President Vladimir Putin is a cold, treacherous thug who runs his country like a criminal cartel. But European and Asian leaders were so eager to welcome Russia into the family of free nations – and to buy Russian gas and oil – that they looked the other way as Putin consolidated his power and his opponents started turning up dead.

Nervous parallels with U.S. President Donald Trump’s administration emerge. Putin wants to “make Russia great again,” the author writes, understandable perhaps given the descent into chaos when the communists were driven from power, only to be replaced by organized criminals who looted the country. Putin made deals with crime bosses and began eliminating opponents and especially people whom he considered traitors.

Putin, like Trump, also responds to accusations with aggressive counterattacks but he hasn’t had to yell much. Instead, the book notes, he has charmed successive leaders in the United States and Britain.

The author is an investigations editor at BuzzFeed News and this book is derived from extensive reporting by her team. The fact-by-fact attribution we’re used to seeing in daily journalism is absent here, but this is nonetheless a compelling rendering of Putin’s frightening extensions of power into Europe and the United States.

Putin “helped propel Donald Trump to the White House through a concerted campaign of meddling,” Blake writes. Moreover, she says, Russia’s “hacking labs, internet troll factories and fake news farms had sown disunity, disruption and disinformation,” and its financing of extremist fringe groups had stirred up racial hate and violence around the world.

A generation ago, Russia threatened the U.S. with a mighty nuclear arsenal. It would have been impossible to envision in those days how successful Russia would be threatening the U.S. and Europe with computers, falsehoods and targeted assassinations. The threat today is no less daunting than those missiles and bombs half a century ago. Jeff Rowe, AP