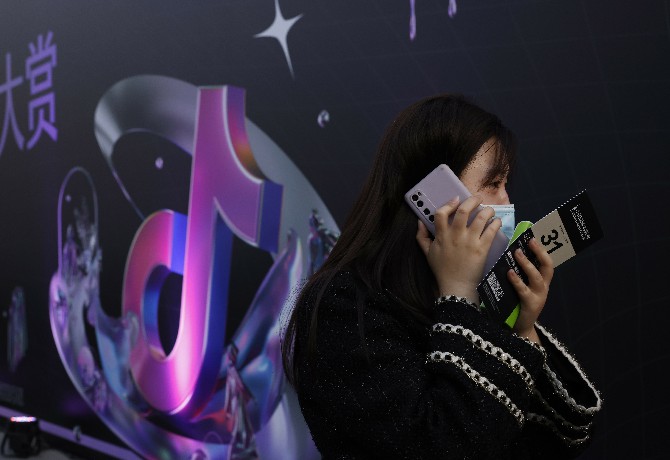 China’s internet watchdog said Friday it had found Bytedance’s Douyin, Microsoft Bing, LinkedIn and 102 other apps were engaged in improper collection and use of data and ordered them to fix the problem.
The Cyberspace Administration of China (CAC) said that the 105 apps violated laws by excessively collecting and illegally accessing users’ personal information, according to a statement posted on its site Friday.
Other companies it named included short video app Kuaishou, search engine Sogou and Baidu. The watchdog said companies had to fix the problems within 15 working days or face legal consequences.
The CAC has stepped up scrutiny of Chinese apps as authorities beef up protection of personal information protection and seek to prevent breaches of online privacy. One concern in China and elsewhere is that many internet companies have collected excessive user information to target consumers with advertisements.
The crackdown comes even as the Chinese government itself collects information about its citizens on a massive scale. Critics accuse the authorities of using facial recognition to profile and track Uyghurs in Xinjiang, where over a million have been detained in “re-education” camps.
Provisions outlining how apps should collect personal information came into effect May 1. They hold app makers accountable for excessive data collection and collection of information without users’ consent.
The internet watchdog earlier ordered security apps developed by Tencent Holdings and Alibaba Group Holding to stop gathering information from users without their consent.
Technology companies in China are facing increasingly harsh scrutiny as authorities seek to counter the influence of giant companies like Alibaba and Tencent.
The broad range of services they provide, from payments and e-commerce to gaming and messaging has made them ubiquitous in everyday life.
Earlier this year, authorities imposed a record $2.8 billion fine on Alibaba for violations of anti-monopoly rules. Food delivery company Meituan is currently under investigation for alleged anticompetitive behavior.
Dozens of other internet companies including Baidu, Tencent and ride-hailing firm Didi Chuxing have also been fined for not properly disclosing investments or acquisitions. Zen Soo, Hong Kong, MDT/AP