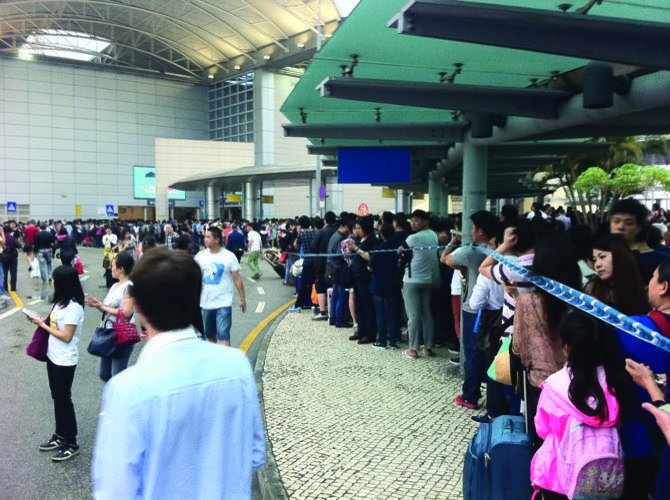 The Public Security Police Force (PSP) and the Social Affairs Bureau (IAS) are looking for a place near the Border Gate to build an emergency shelter for tourists.

According to the Commissioner General of the Unitary Police Service, this emergency shelter is expected to start providing services when the next typhoon hits.

As for other ports of Macau, the local government has reserved spaces to provide emergency shelter for tourists.

In addition to offering a shelter for tourists during extreme weather events, the PSP and mainland police authority reached an agreement to actively release information at all borders to inform a wider range of tourists about Macau’s arrangements for typhoons.

Currently, the Border Gate area has one emergency shelter, which is located at the Macao Federation of Trade Unions Workers’ Stadium.

Together with the Border Gate shelter, the city will have a total of 18 emergency shelters.

In addition to the shelters, the IAS also provides four meeting places or places for people to stay during emergency evacuations.

Besides opening one more shelter, this year, the security authority also plans to add a play point at Coloane’s security college, as well as to add more speakers across town in order to be more effective at broadcasting evacuation alarms during typhoons. In total, the number of speakers will be increased to 140 units this year.

The broadcast will be made in four languages: Mandarin, Cantonese, English and Portuguese.