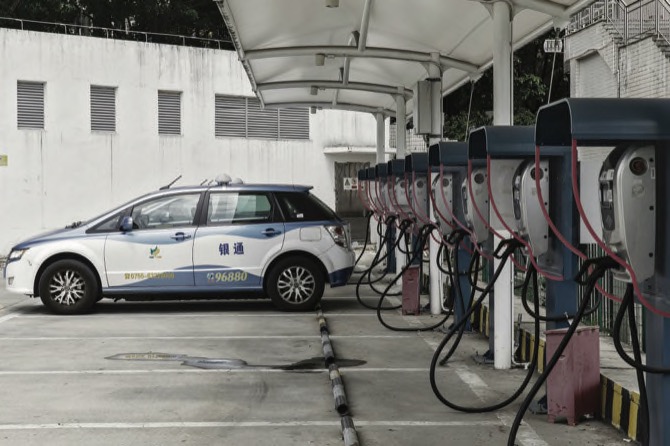 China will scale back subsidies on electric vehicles as the industry develops and costs go down, trying to encourage local manufacturers to rely on innovation rather than government assistance to spur sales.

The subsidy for pure battery electric cars with a driving range of 400 kilometers and above will be cut by half, to 25,000 yuan per vehicle from 50,000 yuan, the Ministry of Finance said in a statement on its website yesterday. To qualify for any subsidy, electric cars need to have a range of at least 250 kilometers, compared with 150 kilometers previously, it said.

The government had previously said it will scale back the subsidies and phase them out completely after 2020, though it hadn’t given details. While financial support for purchases has fueled the rapid growth of China’s electric-car industry, there are also concerns that automakers have become overly reliant on them at the expense of developing new technologies and better vehicles.

The move aims to support “high-quality development of a new- energy automobile industry,” the ministry said.

The finance ministry also urged local governments to remove subsidies on purchases of electric vehicles, including buses and trucks, after a three-month grace period starting yesterday.

Subsidies have been key to making plug- in hybrids and EVs of companies such as BYD Co., backed by Warren Buffett, more affordable to Chinese consumers and helping the country surpass the U.S. as the world’s biggest market for such vehicles in 2015. On top of what the federal government spends, Chinese cities and provinces separately offer incentives to make electric cars more appealing in a country where automakers from Volkswagen AG to Ford Motor Co. are planning to increase EV offerings. Bloomberg