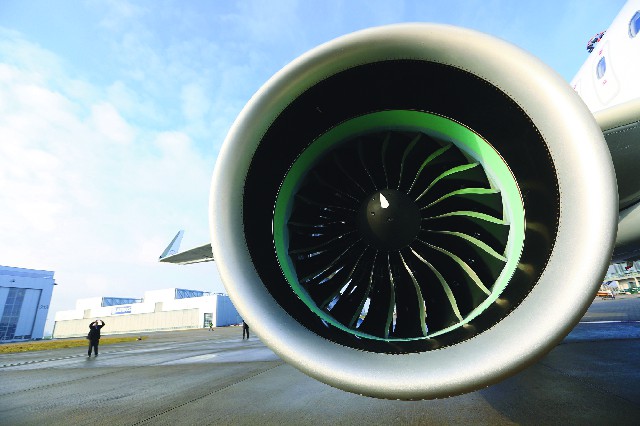 The Civil Aviation Authority (AACM) has informed the Times that it is in regular communication with Air Macau and aircraft manufacturer Airbus regarding the center of gravity issue reported in other jurisdictions, concerning the Airbus A320neo aircraft.
Growing reports suggest that a center of gravity issue on the aircraft model may cause the plane issues when flying after an aborted landing. Multiple airlines are now blocking the rear rows of the Airbus A320neo, as a short-term remedy for the issue.
Air Macau is the sole local operator of the aircraft type and currently has three A320neos in its fleet. The airline started receiving the aircraft in March this year and the A320neos are the latest addition to the company’s fleet.
The AACM disclosed that Airbus had notified the local airline of the center of gravity issue two months earlier. The notification was made in the form of an update to the aircraft’s flight manual, Airbus Aircraft Flight Manual TR774.
Following the notification, Air Macau then incorporated the manufacturer’s information into its internal airplane flight manual.
The AACM added that the airline had strictly followed the weight and balance requirements for the aircraft type on “every flight that it operated with this aircraft type.”
The AACM also conducted inspections of Air Macau’s three A320neo aircrafts, and the results showed that the aircraft were functioning as intended.
In a statement to the Times, the Authority pledged that it would work hard to ensure compliance in all aviation activities taking place within Macau’s jurisdiction, including local requirements and those stipulated by the International Civil Aviation Organization, the global body that oversees aviation operations.
It is also keeping in close contact with Air Macau and Airbus to monitor the operation of the A320neo aircrafts in Macau.
Last Wednesday, the Times sent an inquiry to Air Macau following reports by several aviation websites that several airlines were blocking off the last row of seats on the aircraft type. The Times has not yet received a reply.
Some media reports have suggested that the center of gravity issue may have been caused by an additional rear row, or the washroom cabinet of the A320neo being pushed further back compared to the old A320, the A320neo.
According to the reports, the blocking of seats came as the initiative of the European Union Aviation Safety Agency (EASA). The practice has been implemented by at least two European airlines, Lufthansa and British Airways.
The center of gravity issue may cause the aircraft difficulty taking off after an aborted landing, or “go-around” in industry terms. However, Airbus emphasized that this scenario would only occur under very specific conditions, namely particle loading, low altitude and with the computer being set to certain modes.
The A320neo is a new variant of the A320 family of aircrafts, Airbus’ most popular product to date. “Neo” stands for New Engine Option.
The new engine forced Airbus to delay the delivery of the first aircraft, as the engine has been reported to be unsuitable for humid and hot climates.
In July, a homebound Air Macau flight from Tokyo had to return to Narita Airport due to an engine problem.