Basketball | Black Bears: Guangdong squad relocates to Macau, shows what it means to be a local team 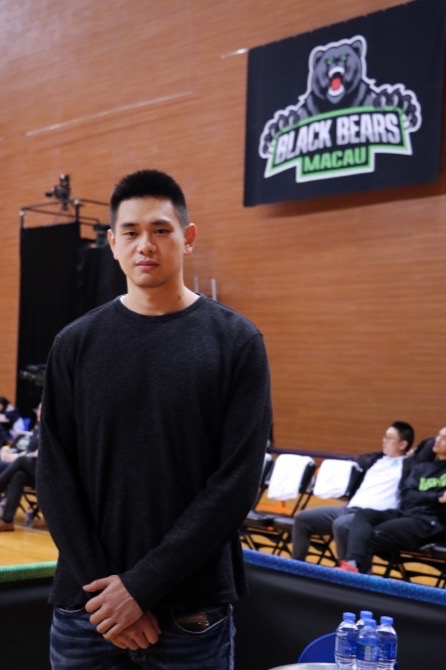 Formerly known as Chong Son Kung Fu and based out of Guangdong’s Foshan city, Nanhai District until 2018, a Chinese basketball team playing in the ASEAN Basketball League (ABL) has relocated to Macau after the 2018 season, becoming the region’s first professional basketball team in a bid to promote the local sport.
The team was renamed the Macau Black Bears – prior to the Asian black bear Bobo’s death last year, but as a homage to the long-time Flora Garden resident, who was rescued as a cub from being cooked in a restaurant in the 1980s.

In their inaugural season, general manager Lukas Peng leads the team, which currently occupies the fifth spot out of 10 in the league standings with, as of last night, 12 victories and 11 losses.

On the sidelines of their most recent match at the University of Macau, Peng told the Times that the team, even under its previous iteration as Chong Son Kung Fu, was already a partner of Macau sports club, the Grupo Desportivo Chong Son. As a consequence, “we were already registered as a Macau team and playing under Macau federation [basketball association] but we had our home court in Foshan,” he said.

“This year our team owner wanted to try to play in Macau and then we started to contact everyone we knew looking for [a space] where we could have training time, and a court [to play on],” said Peng. “As things went pretty well we decided to move the team to Macau.”

“[Our owner] knew that he would have to invest a lot more money but he wanted to try it as Macau was a new market,” the general manager explained, adding that the owner also possesses several other teams on the mainland.

But another reason was the flexibility afforded by participation in the ASEAN Basketball League. Peng said that the rules of the ABL are not too restrictive and allow teams to “still be competitive even if local players are not that good.”

As an example of the flexibility, the team’s general manager highlighted a rule that allows three “imported” (foreign-born) players and one “heritage” player (those with either parent born in Macau, Hong Kong or mainland China) to be included in the team roster.

“Knowing this we knew that we could still be competitive even with Macau players.” Without any prejudice, he explained that everyone is aware of the level of local players in the sport, “which is far behind that of other countries [and regions] including China, Taiwan or the Philippines” to name a few.

Moreover, he said, the inclusion of non-local players in the team would help the Macau- born athletes to become better.

Put together, these facts elevate the team to an international level where players are treated as professional athletes, rather than part-time semi-professionals. “The players are all fulltime and the owner funds the team one hundred percent,” said Peng, even as the Macau Black Bears finds sponsorship support from other entities.

After the Macau relocation, the team needed to find a new mascot and by chance they stumbled across the big black bear that made headlines late last year.

“We never really had big marketing meetings about this,” admitted Peng, “it was more like just finding a way to relate to Macau somehow.”

“Then one of our staff said, ‘hey, we have this bear ‘Bobo’ – he is really old and living in some park.’ So we decided that was a good idea, representing an animal is good and if it was going to be a animal, I guess a Black Bear would be a pretty good choice.”

“We [were] actually thinking of doing more things with ‘Bobo’ – we even had a video prepared – but unfortunately he passed away before our first game and then we decided that it was not a good idea to show it,” recalled Peng. “But [the Mascot] did come from Bobo.”

The University of Macau has served as home court for the Macau Black Bears for both training sessions and matches since the start of the basketball league season.

Peng told the Times that there is a partnership between the team and the institution, noting, “we did some training exchanges and other projects that also involved the university team, and actually two of our players used to study here.”

But it is also due to a general lack of options in Macau.

“We had considered different options to play closer to the city [center] but so far we haven’t had any luck with government supporting us to play there,” he said, noting “the Sports Bureau has allowed us to play [on occasion] at Tap Seac [Multi-
sports Pavilion] and other government-owned arenas and I do feel that if we had the chance to play there we would have a great crowd.”

“The Filipino fans [for instance], they love basketball and they like to see us play but then again is not easy for them to come all the way here [to UM] to watch us play as a lot of them work in the hotels and casinos all over the city.”

According to Peng, the ASEAN Basketball League offers a high- caliber training experience for the team. It’s a growing league, he said, where the rules allow the presence of a lot of capable foreign players that up the aggregate ability of the squad.

He gave the example of the team that Macau Black Bear was about to face, Mono Vampire Basketball from Thailand, which counted six U.S. players out of the 12 that composed the team.

“The level is really high,” said Peng, “maybe people don’t yet realize how high the level is. I would risk to say that some of these teams [that compose the ASEAN League] are better than Chinese Basketball Association teams.”

“Basketball is really about competition. You can have the best coaches and training but if you never play games against anyone you get nowhere,” he said. “In that sense this team at least has good competition. Instead of playing only against Macau clubs, you have to play with different teams.”

A SINGLE PROJECT UNDER MANY NAMES

The Macau Black Bears is only the latest identity iteration of a team that was once known as the Nanhai Long Lions, before being renamed to Nanhai Kung Fu to differentiate themselves from their mother team, the Guangzhou Long Lions.

Later, the team partnered with Macau’s Grupo Desportivo Chong Son, leading to another name change to “Chong Son Kung Fu,” which they used from November 2017 until the end of the 2017-2018 season.

Last season and still under the name of Chong Son Kung Fu, the team finished with its best record in the ABL (15 victories and 5 losses) and a perfect home record, losing only in the semifinals against Thailand’s Mono Vampire Basketball.

At the time of the Macau relocation, general manager Lukas Peng told ABL that he hoped the move would “create opportunities for Macau Basketball and inspire the youth. […] As Macau’s first professional sports team, the Black Bears will fight for the respect and admiration of Macau people in its inaugural season.”

Building on that earlier statement, Peng yesterday said they moved to Macau “because it’s a city that really needs a professional basketball team.”

“There hasn’t been a professional sports team in Macau, so the dream of becoming a professional basketball player has never been possible for the kids of this city.”

The strengthening of the team’s local component is a priority for Peng, who remarked that as they work towards “building a successful franchise” in Macau, one of their goals is to have a Macau- born head coach to lead the team.

For the time being, the team is coached by China’s Mu Jianxin, who has a long history of heading Macau’s youth teams and who most recently coached Macau’s Under-16 Team, which competed for the first time in the 2018 FIBA U16 Asian Championships. 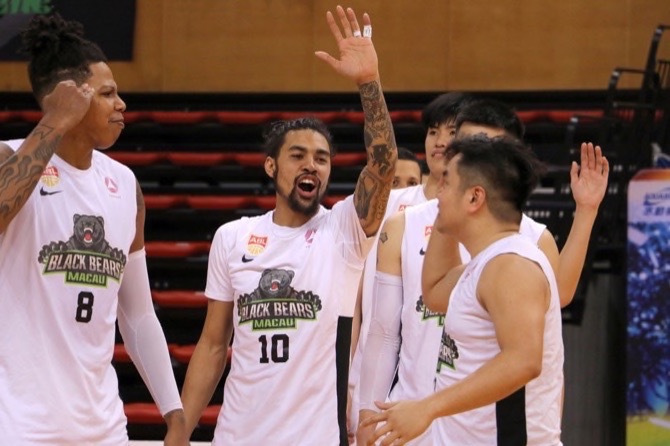 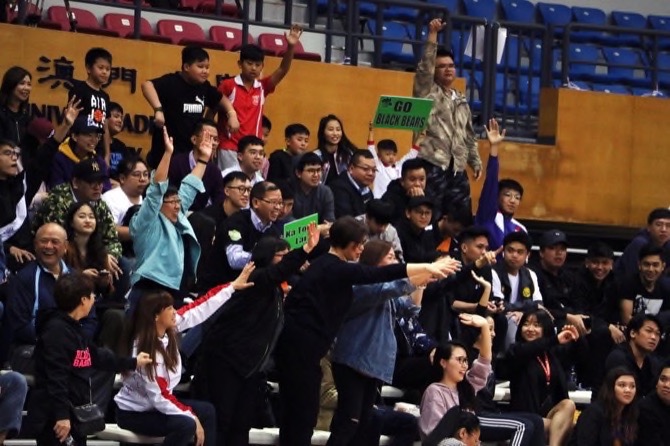 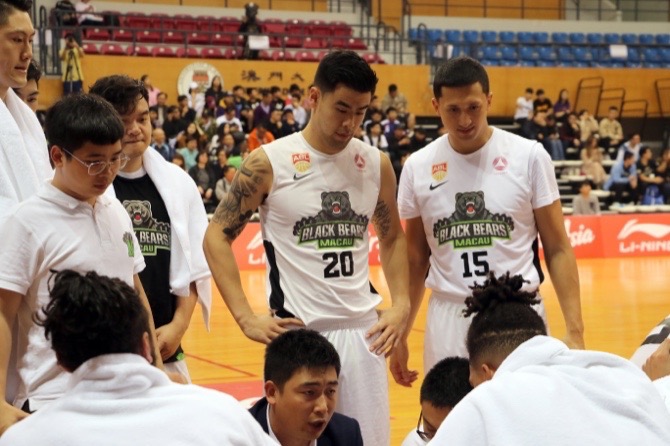