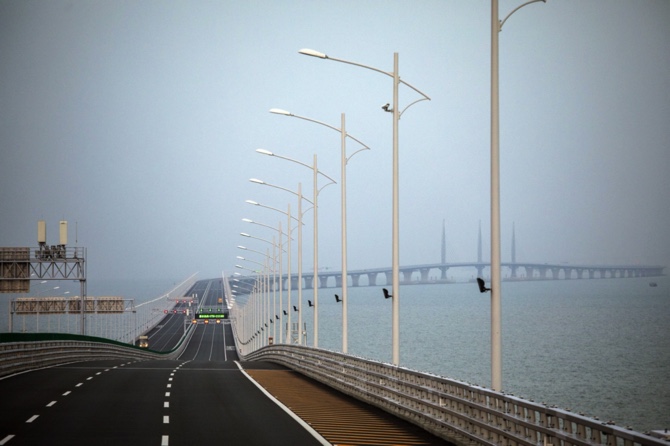 The preferential policies and measures accorded to Macau by the Central Government of China will boost the construction of the Guangdong-Hong Kong-Macau Greater Bay, Macau Chief Executive Chui Sai On said in a statement.

He also said they would further facilitate the integration of Macau residents into employment, studying and housing, strengthening people, logistics and finance, and benefit the professional practices of Macau’s professional sectors.

“The Government of the Macau Special Administrative Region will endeavour to promote the implementation of preferential policies and measures, with the aim of contributing jointly to the development of the construction of the Greater Bay,” said the Chief Executive.

These include the acquisition of real estate, means of electronic payment and the residence of foreigners holding Hong Kong or Macau permanent resident ID cards in the nine cities of mainland China that are part of the Greater Bay.

The 15 preferential policies and measures

I.    Policies benefitting members of the public

Enabling the use of mobile electronic payment by Macau residents on the mainland. Routes for this encompass encouraging and supporting development of e-payment options by commercial banks, payment institutions, and China UnionPay and its network entities. Using existing e-wallet platforms developed by mainland-based companies, there would be greater support for qualified Macau operators of e-wallet platforms to enable mobile payments. The same would apply to those payment-clearing institutions – based outside the mainland – that fulfill the necessary requirements.

The facilitation of travel – by foreigners holding Macau permanent identity cards – to and from the Guangdong cities covered in the Greater Bay Area. There would also be facilitation of a system whereby foreigners holding Macau permanent identity cards would be able to stay or reside in any of the nine mainland cities in the Greater Bay Area. They would additionally be able to apply to the relevant mainland authorities for a visa – or permission for residence – with a validity of between two and up to five years.

The loosening of restrictions regarding importation of medicine and medical instruments to the nine mainland cities of the Greater Bay Area. Designated medical institutions operating in the nine cities of Guangdong within the Greater Bay Area are to be allowed to use medical instruments – where urgently needed – that have been marketed in Hong Kong and Macau and that are already in use in public hospitals in Hong Kong and in Macao. Such permission shall be granted by the Guangdong Provincial Government.

The loosening of restrictions regarding formation of partnership-based law firms. There is to be removal of the regulation that currently requires a Macau law firm to inject not less than 30 percent in a partnership association with mainland-based law firm.

Further extension of the scope of mutual recognition of qualifications. This would include enabling architects and structural engineers who are members of relevant professional institutes in Hong Kong to be members of corresponding institutes on the mainland.

The building of a Shenzhen-Hong Kong cooperation zone for science and technology innovation. The Central Government supports such development and there would be further supporting policies to facilitate the flow of talent, capital, goods, and information.

The relaxation of a limitation on export of human genetic resources from the mainland to Hong Kong and Macau. Mainland branches of Macau higher education institutes, scientific research institutes, and hospitals would be treated as mainland entities. Upon meeting specific requirements, they would be allowed to lodge applications for exporting human genetic resources to Macau under a trial scheme. Such applications would have to be submitted by the Macau SAR Government, and the Ministry of Science and Technology would have to be notified.

The supporting of development of a bond market in Macau. Certain requirements would be further relaxed, such as grading, level of principal capital, and ability to repay in relation to establishment of special-purpose insurers by mainland insurers seeking to issue catastrophe bonds in Macau.