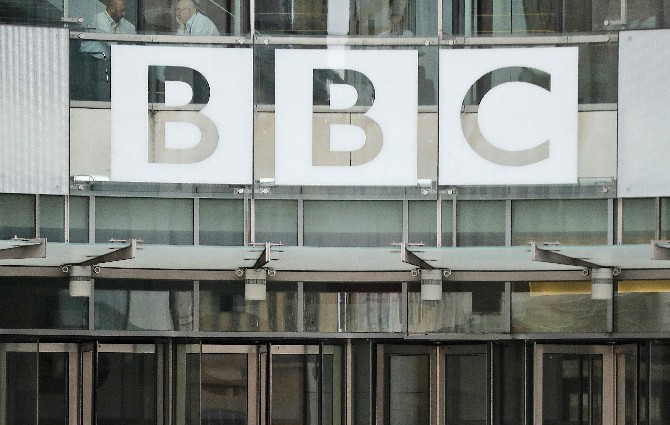 A veteran BBC correspondent whose coverage angered China has left the country amid concerns for his safety, the BBC and a journalist organization said.
The BBC said yesterday that John Sudworth had relocated to Taiwan and would continue to be the British public broadcaster’s China correspondent.
The Foreign Correspondents’ Club of China said that Sudworth had left last week “amid concerns for his safety and that of his family.”
The organization said that Sudworth’s wife, Yvonne Murray, a correspondent for Irish broadcaster RTE, had left with him.
“John’s work has exposed truths the Chinese authorities did not want the world to know,” the BBC said in a statement posted on Twitter.
The BBC and Sudworth declined further comment.
Sudworth has reported from China for nine years. He won a George Polk Award last year for his reporting on internment camps for Muslims in the Xinjiang region. China says the camps were vocational training centers and denies any abuses.
China has held a series of news conferences to refute reports of human rights violations in Xinjiang by the BBC and other foreign media. Chinese state media and officials have accused the British broadcaster of deliberate misinformation.
“Sudworth left after months of personal attacks and disinformation targeting him and his BBC colleagues,” the Foreign Correspondents’ Club said. “These included videos posted online by state media that named him and used footage of him obtained from Chinese police cameras.”
Pressure on foreign journalists working in China has increased in the past year. China expelled 18 journalists working for The New York Times, The Wall Street Journal and The Washington Post in 2020. Most were in response to U.S. moves to force Chinese state media to reduce their staff in America. MDT/AP