Beijing announces trade concessions as Liu He heads to US 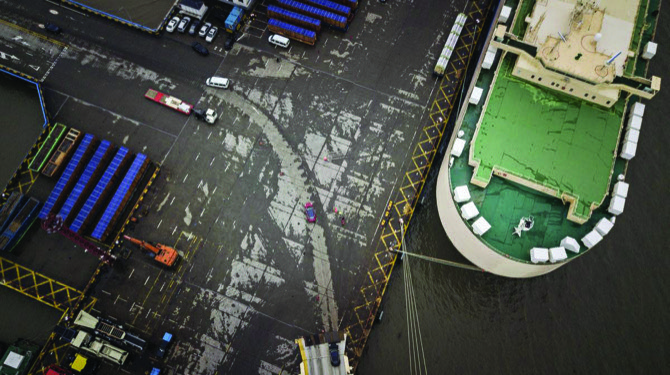 The Chinese government said it will extend a suspension of retaliatory tariffs on U.S. autos and include the opioid fentanyl in a list of controlled substances, two steps that could generate a positive atmosphere for trade negotiations due to resume this week.

Beijing temporarily scrapped the 25 percent tariff imposed on vehicles as a tit-for-tat measure on Jan. 1, after the White House delayed a rise in tariffs on USD200 billion of products that had been due that day. The Ministry of Finance announced an extension of the suspension on Sunday, without giving a specific end date.

Vice Premier Liu He, China’s trade envoy, left for the U.S. on yesterday, according to the Ministry of Foreign Affairs.

Chinese officials also pledged to tighten regulation on fentanyl from next month, a promise President Xi Jinping already made to President Donald Trump at a December meeting in Argentina. The inclusion of the drug as a controlled substance in a category of non-medicinal narcotic drugs and psychotropic substances will start May 1, according to the China National Narcotics Control Commission.

The moves signal China is trying to keep momentum in trade talks going as they enter what could be the final stretch before Trump and Xi are presented with a text to finalize or sign. Beijing is determined to prevent an escalation of the frictions that have hurt its economy and roiled markets, even as enforcement measures remain a sticking point in negotiations.

“What matters is not whether these are big concessions or not, but that they are a quick response to the U.S. concerns,” said Gai Xinzhe, a senior analyst at Sino Ocean Capital in Beijing. “It’s not like in the past when issues raised in bilateral dialogues dragged on without solution. This is good for enhancing mutual trust in the negotiations.”

China touted “new progress” in talks after U.S. Trade Representative Robert Lighthizer and U.S. Treasury Secretary Steven Mnuchin visited Beijing last week. Both sides have been working line-by-line through the text of an agreement that can be put before Trump and Xi, people familiar said earlier.

The continued suspension of auto tariffs seeks to “create a good atmosphere for China-U.S. economic and trade talks” and is a “positive response” to the U.S. decision to delay import tax increases, the Ministry of Finance said in a statement.

The world’s second largest economy saw some early signs of stabilization in March as its manufacturing gauges signaled expansion. But Premier Li Keqiang stressed last week that new threats are arising from weakness in global demand and warned that short-term fluctuations in growth numbers are unavoidable.

In addition to putting fentanyl on the controlled substance list, China said it will crack down on underground networks who sell the drug online and ship them to the U.S by disrupting their cyber communication channels and stepping up checks on private packages at its customs borders. The synthetic opioid is sold by online distributors across China and is blamed for thousands of overdose deaths in the U.S.

Chinese officials also emphasized that the U.S. opioid crisis is largely self-created and cannot be blamed on supply from China.

China “exercised great restraint and did its very best” with the recent moves, compared with the U.S. only mulling to suspend some of its tariffs, said Li Yong, a senior fellow at the China Association of International Trade in Beijing. “Blame does not help to solve the problem. The right attitude should be to enhance cooperation and have construction communication.” Bloomberg