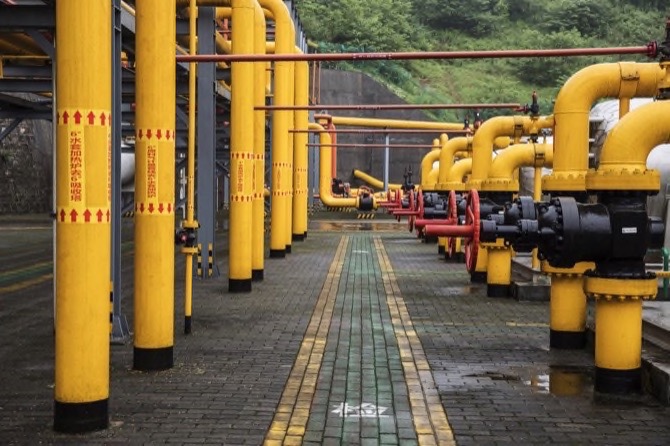 China promised yesterday to allow more foreign ownership of gas pipelines, call centers and some other businesses in the latest of a series of market-opening measures.

The Communist Party has announced a series of tariff cuts and market-opening steps over the past 18 months aimed at making its state-dominated economy more productive. The moves come amid trade tension with Washington, though none directly addresses American complaints about Beijing’s technology ambitions and controls on foreign companies.

Business groups welcome the changes but say many have little effect so far on foreign companies. Business groups say they need to see regulations for industries that are to be opened before they can know whether those will be profitable for foreign newcomers, who will face entrenched Chinese competition.

Yesterday’s announcement is part of a shift by Beijing to use of a “negative list” system of investment regulation. That would put some areas off-limits to foreign investors and leave the rest of China’s market open. Until now, foreign companies have been limited to operating in a “positive list” of areas picked by regulators.

President Xi Jinping’s government has launched a flurry of such reform initiatives since he was confirmed for a second five-year term as ruling party leader in 2017.

Xi had been expected to launch economic changes after he took power in 2012. Instead, he spent his first term directing a marathon anti-corruption campaign and cementing his status as China’s most powerful leader in decades while pressure to shore up declining economic growth mounted.

Beijing’s tariff fight with Washington over Chinese technology ambitions has battered exporters, adding to pressure on the ruling party to make other industries more productive.

The announcement promised to abolish a requirement that ventures to operate gas and thermal pipeline networks in cities of more than 500,000 must be controlled by the Chinese side.

It promises similar changes for ownership of cinemas, call centers and some other value-added telecom businesses. It promised to abolish rules that say foreign investors in oil and gas exploration must operate through joint ventures with Chinese partners.

Rules that prohibit foreign investment in exploration and mining of molybdenum, tin, antimony and fluorite will be abolished, the statement said.