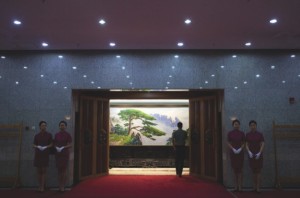 China’s finance ministry asked local governments to re-examine the amount of debt they reported previously as authorities step up efforts to limit leverage and control risks to the financial system.
Some local governments inflated the amount of their debt, so all the data needs to be checked again, two people familiar with the matter said yesterday, asking not to be identified because the details are private. The local governments should examine whether they have included any debt they don’t have to repay, and they should also make sure any debt they may incur is excluded so as the figures aren’t artificially inflated, the people said.
China announced plans in October to cap the amount of debt local governments can take on, and said all borrowings by provinces and cities will need to be within a certain quota set by the State Council and approved by the National People’s Congress. Regional obligations may have already reached 25 trillion yuan (USD4 trillion), bigger than the size of the German economy, according to Mizuho Securities Asia Ltd.
The Finance Ministry didn’t immediately reply to a fax seeking comment yesterday.
Authorities earlier gave provinces until Jan. 5 to classify all borrowings within their borders – including those of local government financing vehicles – as either government debt or not. The southern province of Hainan was the first to announce its debt burden publicly, saying in a statement on Feb. 9 that it had 171.9 billion yuan of debt at the end of 2014.
Local government financial vehicles, or LGFVs, were set up by the thousands in China after a 1994 budget law barred regional authorities from issuing notes directly. According to data compiled by the National Audit Office, local government debt swelled to 17.9 trillion yuan as of June 2013, compared with 10.7 trillion yuan at the end of 2010.
Now, China is encouraging cities to raise funds for sewage, roads and housing via more transparent means, including a trial municipal bond market that it expects will reduce the reliance on more opaque debt.
Municipalities and provinces must repay a record 564.13 billion yuan of notes this year, according to data compiled by Bloomberg.
Local governments must re-examine the amount of debt they previously reported and submit their results before March 8, the people familiar with the matter said yesterday. Bloomberg