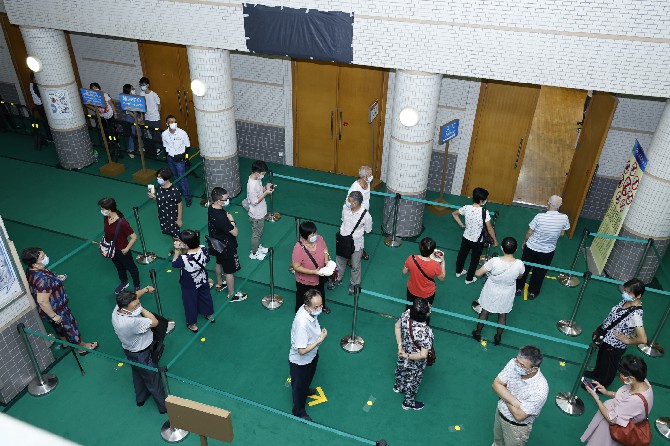 The seventh Legislative Assembly (AL) election in Macau has fully implemented the fundamental principle of “patriots administering Macau,” according to a spokesperson from the Liaison Office of the Central People’s Government in the SAR.
Cited in a Xinhua report, the spokesperson lauded the candidates for showing the fulfillment of their duties to “love the motherland and love Macau.”
The liaison office has trust in the new AL, the spokesperson said, adding that the legislative body would “fully and faithfully implement the ‘One country, two systems’ policy,” exercise its power as prescribed in the Macau SAR Basic Law, and build on the consensus of all sectors of society.
Voters on Sunday elected 14 seats in the direct elections, of which five electoral list tickets each acquired two seats in the AL, while one list acquired three.
These candidates were mostly related to the traditional community and labor sector associations.
This legislative election returned 33 members of the AL, with 14 directly elected by all electorates, 12 indirectly elected by special interest groups and seven appointed by the Chief Executive.
The liaison office expressed a belief that the new AL members would actively respond to the needs of Macau residents, “give full play to the role of democracy, support and supervise the Macau SAR government to exercise law-based governance and make new progress in promoting prosperity and stability in the Macau SAR,” the spokesperson added.
Echoing these sentiments, The Hong Kong and Macao Affairs Office of the State Council also congratulated the SAR yesterday.
The state council said via the state news agency that Macau residents have “actively participated in the election in an orderly manner and exercised their right to vote in accordance with the law, which fully demonstrates the successful practice of ‘one country, two systems” with Macau characteristics,” the spokesperson said.
The election was conducted strictly according to the law, including the SAR Basic Law and the AL Election Law, said the spokesperson, reinstating that the result demonstrates the principle of “patriots administering Macau.”
A total of 137,279 voted at the AL 2021 election, which recorded a low voter turnout of 42.38%,