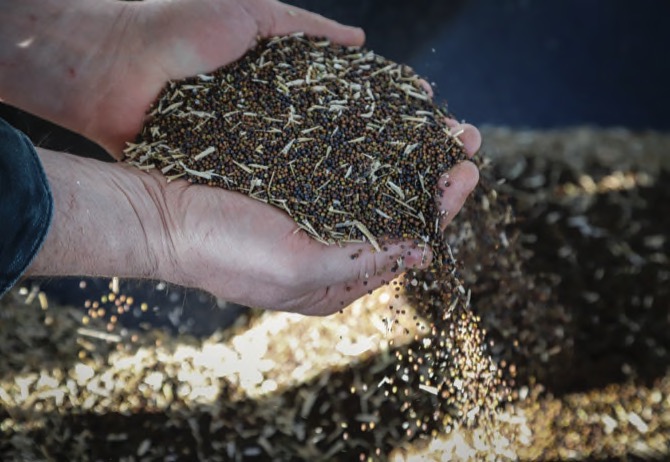 China has stopped all new purchases of Canadian canola seeds in what some see as retaliation for Canada’s arrest of a top executive of Chinese tech giant Huawei.

The Canola Council of Canada said last week exporters are reporting Chinese importers are unwilling to purchase the seeds at this time.

In 2018, China bought about 40 percent of Canada’s canola exports for a total of USD2.1 billion.

Guy Saint-Jacques, a former Canadian ambassador to China, said Canada’s government now needs to retaliate and should expel any Chinese athletes training in Canada for the Beijing Winter Olympic Games in 2022.

“We are going to lose billions in dollars in trade and it’s time to show our displeasure,” Saint-Jacques said

Earlier this year, Beijing suspended canola imports from Canadian-based Richardson International Ltd. for what one Chinese official alleged was the detection of hazardous organisms in the company’s product.

But David Mulroney, Canada’s former ambassador to China, said the blockage of Canadian canola is “absolutely related” to the Huawei arrest.

Relations between both countries have been tense since Canada arrested Chinese executive Meng Wanzhou in Vancouver in early December at the request of the U.S.

On Dec. 10, it arrested two Canadians in an apparent attempt to pressure the government of Justin Trudeau. A Chinese court also sentenced a Canadian to death in a sudden retrial in December, overturning a 15-year prison term handed down earlier.

Mulroney said the latest move by China should convince the Canadian government that Huawei should be banned from supplying equipment for 5G networks in Canada.

“This is really the example that should convince people that the risk is too great,” Mulroney said.

Canada and its security agencies are studying whether to use equipment from Huawei as phone carriers prepare to roll out fifth-generation technology. 5G is designed to support a vast expansion of networks to facilitate medical devices, self-driving cars and other technology.

Huawei is the world’s biggest supplier of network gear used by phone and internet companies, but has long been seen as a front for spying by China’s military and its highly skilled security services.

“We are about to make a really, really important decision on the future of the technology on which our internet is based,” Mulroney said. “How can we not at least consider what’s happening in the agriculture sector when we make a decision in the technology sector?”

Trudeau added that he is optimistic his government will be able to solve the canola issue, noting a previous issue over canola exports to China in 2016 was solved.

It is not the first time that Beijing has struck back against a nation which appears to cross it.

In 2010, China suspended its bilateral trade deal with Norway and restricted imports of Norwegian salmon after the Nobel Peace Prize was awarded to Chinese political prisoner Liu Xiaobo.

Britain and other countries were also retaliated against over their meetings with the Dalai Lama, the Tibetan spiritual leader who is considered a dangerous separatist by Beijing.

“We cannot take this laying down any longer. It’s a two-way relationship and they cannot do this to an old friend,” said Saint-Jacques, the ex- ambassador.

Saint-Jacques also said it is getting close to the point where Canada should expel China’s ambassador. Rob Gillies, Toronto, AP