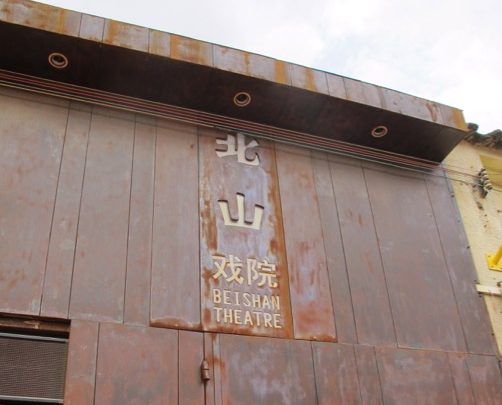 The Beishan Jazz Festival 2018 will be held from tomorrow till Sunday at the Hengqin International Advertising Creative Industry Base, bringing in a total of 17 jazz musicians from five bands.

Themed “amour,” the first performance of the festival will kick off at Central Plaza of Inno Valley in Hengqin tomorrow at 6:30 p.m. before it returns to Beishan Village on Sunday.

Norwegian jazz group Espen Berg Trio, labeled “the biggest and most important musical discovery in the first half of 2016” by Jazz Japan, will be the main performance, as cited in a report by Hengqin Record.

B’s Bees, a Canadian quartet whose first album reached number one on several jazz radio charts in Canada, will also perform, along with jazz trio Dusha Connection from Vienna, who will intertwine the language of modern jazz with archetypical Balkan folk songs.

Meanwhile Kari Ikonen Trio, an emerging Finnish piano band that has been active since 2012, will also showcase their music during the festival.

The band has also played in festivals in Europe, Japan, South Korea and Russia amongst others, following the acclaim from their albums “Bright and Beauteous Tales” and “Offbeat Stories.”

The festival is part of the “Beishan East-West Cultural Hub” project, which is aimed at providing a platform for arts, entertainment and educational training, as well as boosting trade and tourism in the old Beishan Village in Zhuhai.

According to a press statement issued by the Beishan Music Festival Organizing Committee, over 200 musicians from over 50 countries have already been invited to this festival in the past nine years.

The festival is promoted by the Asian Artists Federation as one of the three major jazz festivals in China.

“The team is also actively exploring how to use folk [to build] a bridge to strengthen multiculturalism. The integration of exchanges drives the development of regional cultural and creative industries,” the organizer said in a statement.

It is also believed that the Hong Kong-Zhuhai- Macau Bridge would be a way to increase the “international cultural atmosphere” for Hengqin, as it would contribute to the development of Hengqin’s cultural and creative industries.