Big concessions on trade deal won’t be made, ex-minister says 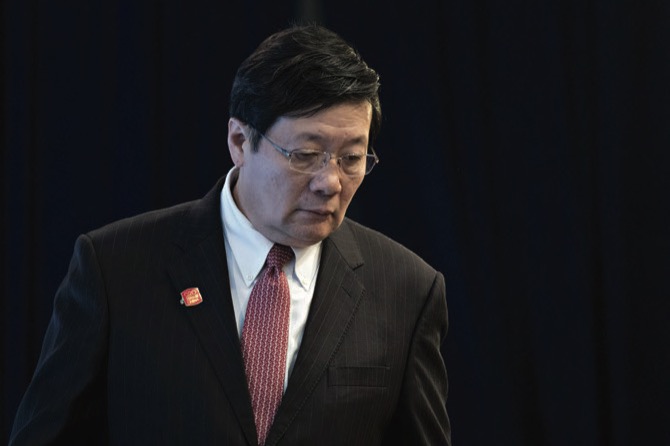 “China’s concessions probably won’t be very big because a lot of their demands are what we already plan to reform,” Lou, who was finance minister until 2016 and now runs the social security fund, said in an interview on the sidelines of the National People’s Congress. Some U.S. demands are “just nitpicking,” he said.

China and the U.S. are nearing the finish line on a trade deal that could be signed by Presidents Donald Trump and Xi Jinping as early as this month, though there is still a risk either side could walk away. The U.S. wants China follow through on pledges ranging from better protecting intellectual-property rights to buying more American products before Trump removes additional tariffs on USD200 billion of Chinese goods.

The two sides are still negotiating and it will take more effort to reach an agreement, Commerce Minister Zhong Shan said on Tuesday. While substantial progress has been made, work remains to be done, Ning Jizhe, a member of the Chinese trade delegation and head of the country’s statistics bureau said yesterday.

Lawmakers will vote on a foreign investment law next Friday, which includes measures to protect the IP of foreign companies and ease pressure on them to transfer technology to local partners, an effort to address U.S. concerns. Beijing has also already reportedly agreed to several conditions, including boosting its imports of agriculture goods and keeping the yuan stable, a commitment that could prove controversial.

China must reject U.S. demands to keep the yuan stable against the greenback as part of a trade deal, though it can commit to not maintain it at an artificially low level, former People’s Bank of China adviser Yu Yongding wrote in an opinion piece last week.

A prospective deal can’t put all the burden of proof that agreements are being carried out on Beijing, former Chinese officials with experience of dealing with the U.S. have said, warning that the “strong enforcement language” Trump has pledged will be seen as unfair unless it also binds the U.S. to address China’s own grievances.

“Consensus can be reached in the trade war,” Jiangsu Province representative Fei Shaoyun said in an interview echoing much of what Lou said. “Many of the conditions we are negotiating now are also what we need to do in reform and opening up. We also have our timetable, and don’t need to make concessions.” Bloomberg