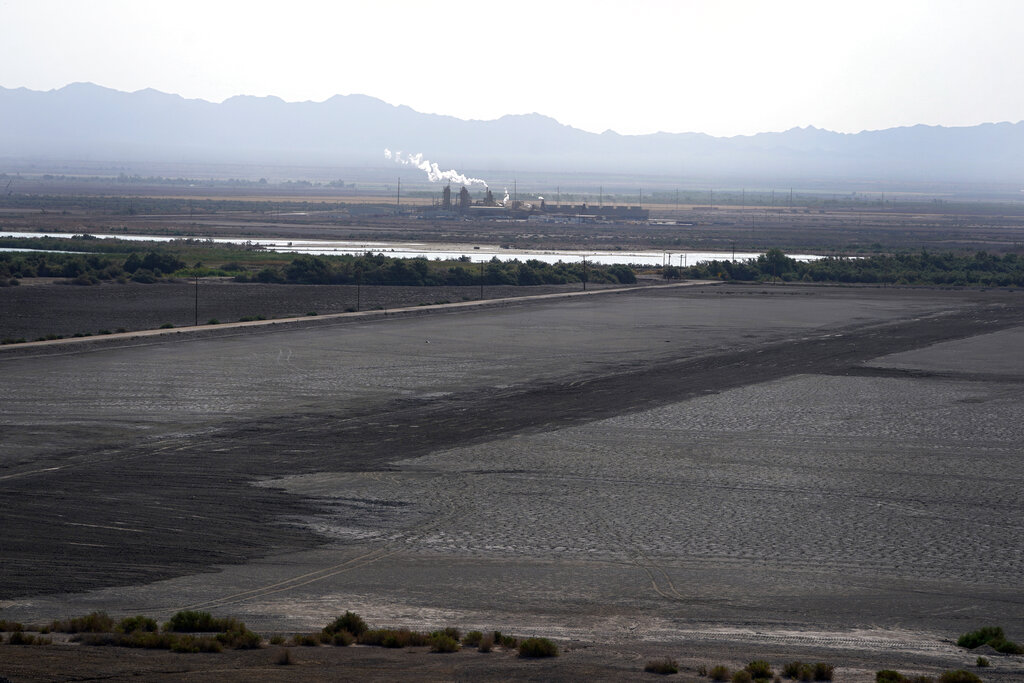 A dried-up portion of the Salton Sea stretches out with a geothermal power plant in the distance in Niland, Calif. (AP Photo/Marcio Jose Sanchez)