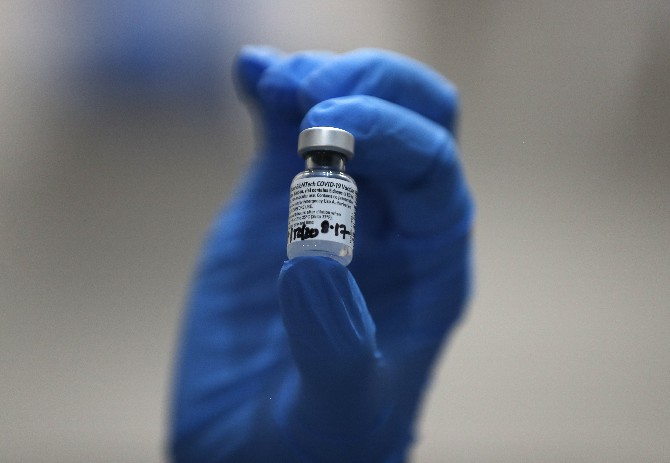 A shipment of 20,000 BioNTech-produced mRNA Covid-19 vaccines is set to arrive in Macau within days and the mRNA vaccination will re-commence next week at the earliest, the new director of the Health Bureau (SSM), Alvis Lo confirmed.
Given the uncertainties regarding shipment, Lo said he could not give a specific time for its arrival.
“Once the batch arrives in Macau and is confirmed safe to use, [the government] will commence the inoculation early next week at the earliest,” he said.
According to the official, the new batch will allow “ongoing vaccination of those that have already taken the first dose of the vaccine. It will also allow those that have previously booked to take it to initiate and complete the process across two doses.”
Lo was speaking to the media on the sidelines of his inauguration ceremony as the new head of the SSM, held at the government’s headquarters yesterday.
According to Lo, the new batch containing 20,000 doses of the vaccine will not carry any added cost for the government as it will be supplied by the manufacturer without any extra charge.
Lo was questioned about the prospects of the batch that was found to have packaging defects on the vial covers. He said, for the time being, the batch will be sealed until the SSM receives further instructions, as the local health authorities and the vaccine manufacturer are still discussing the best approach for treating it.
“When we have a final decision [on what will be done with the batch found to have packaging issues] we will disclose it to the public,” he said. “What is important is that the public understands clearly that the government is… ensuring all safety [concerning the vaccination process].”
According to the preliminary results of the investigation launched by the manufacturer, “environmental factors” during the course of the delivery process from Germany to Macau may be among the causes of the problem.