Communities find it difficult to let go of plastic shopping bags. Check-out staff get yelled at; people worry about what to put their rubbish in; they fret about how to remember to take reusable bags with them, and what to do when caught out without one. Then there are the arguments about how this could make any difference in the greater scheme of things.  Apparent inconsistencies such as the remaining use of single-use plastics for almost all food purchases and the idea that other plastic bags are needed to line rubbish-bins anyway will be raised and argued.

It is nearly a month since the implementation of the ban on retailers handing out free plastic bags. How are you coping, Macau?

Are you paying for your plastic shopping bags, or is that solitary pataca disincentive enough to have you change your habits to bring your own bags along with you? Or, maybe a change in habit came about because you were not aware that plastic bags were a problem to begin with. The ban is a baby step in raising awareness and that is about all.

Reports have detailed that on average we each use 803 plastic bags per year!!!

That statement stands on its own as a statistic of mind-blowing waste. Granted, we are probably each taking a hit in those statistics for the nearly 40-million visitors each year. The central issue at stake however is the damage caused by plastic leakage into our environment and the inadequate recycling facilities in this town that have no way to retain value from these products.

The fact that the single-use plastic bag fee has only been implemented at the retail level suggests that this tentative step is about placating a certain environmental lobby and a softly-softly approach to educating the population, while minimizing any inconvenience to businesses and logistics, rather than actually alleviating the problem in the short term. Phasing out single-use plastics in the wholesale trades and in other product packaging would have a greater impact upon plastic waste management: 23% of waste was plastic and only 13% of that was plastic bags – less than 3% of total waste in 2017.

There has been consumer backlash against major retailers in other jurisdictions who have voluntarily implemented bans on light-weight bags whilst introducing a charge for heavier weight re-usable plastic bags. These retailers were accused of profiteering from the move, causing great inconvenience to their customers while unconvincingly promoting themselves as “green”. With their environmental reputation in tatters they retracted the program and waited for the enforcement of a complete ban by their local government. Government legislation can give companies legitimacy to do the right thing.

Had a real levy in the form of a tax payable to the government been implemented, this would have ensured sufficient administrative inconvenience and no financial benefit to the store. What once came under a cost-of-sales item is now an income item.

Money in Macau has a way of talking louder than yet to be adopted environmental value systems. The cognitive dissonance between such local small-step environmental measures and TIME Magazine’s choice of international climate activist, Greta Thunberg, as Person of the Year reverberates loudly in that chasm. 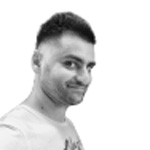