Blatter not going to New Zealand for U20 World Cup final 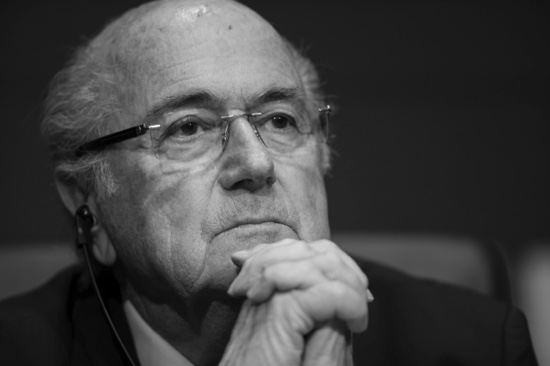 FIFA President Sepp Blatter will not go to New Zealand for the Under-20 World Cup final on Saturday. Amid speculation that Blatter risks arrest in many countries, FIFA confirmed yesterday that he will remain in his native Switzerland instead of traveling to Auckland.
“Due to his current commitments in Zurich the FIFA president will not be able to travel to New Zealand to attend the final,” the governing body said in a statement.
Blatter’s plans have been uncertain since seven football officials were arrested in FIFA’s home city three weeks ago in an American investigation of corruption. They face extradition to the United States.
The FIFA president, who has announced plans to resign within months, is a target of the widening case, a law enforcement official has confirmed to the Associated Press.
Blatter is working on a slate of modernizing reforms he hopes to get approved at a special election meeting of 209 member federations. It should be held sometime from December to March.
He would typically attend at least one match at the two-yearly under-20 event but is skipping the whole tournament.
Blatter saw the opening ceremony and first two matches at the 2013 tournament in Kayseri, Turkey, making a trans-
Atlantic trip during the troubled Confederations Cup in Brazil.
He went to Bogota for the 2011 final. FIFA said yesterday that Blatter could yet attend the Women’s World Cup final on July 5 in Vancouver, Canada.
Blatter and FIFA secretary general Jerome Valcke have not been to Canada for the 24-team tournament, which kicked off 10 days ago.
Valcke has been linked to the American case for helping to transfer $10 million from FIFA accounts in 2008 to accounts controlled by then-FIFA vice president Jack Warner of Trinidad and Tobago.
American prosecutors allege the money was bribes agreed by South African officials to pay Warner and two other FIFA voters for supporting the country’s 2010 World Cup hosting bid AP