BNU, BOC to continue issuing the pataca for a decade 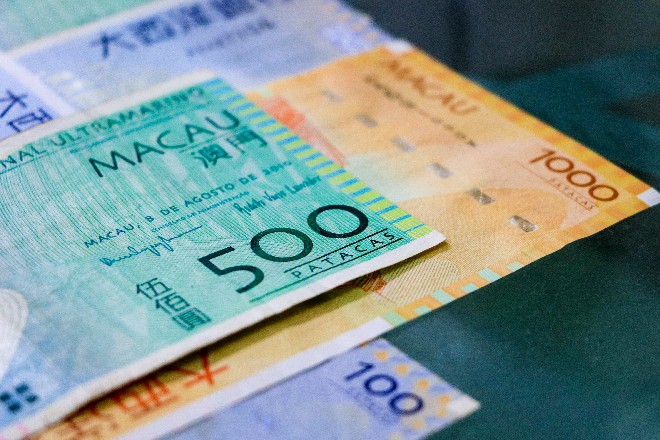 The Macau Special Administrative Region Government has recently signed a new currency issuing contract with the city’s two currency issuing banks.
Unlike many other jurisdictions, the legal tender of Macau is not issued by its Central Bank, which in the city’s case is the Monetary Authority of Macao (AMCM). Instead, the pataca is issued by two retail banks, Banco Nacional Ultramarino (BNU) and the Bank of China, Macau Branch (BOC).
The new contract is valid for the next decade and will expire on October 15, 2030. The two note issuing banks are assigned with equal authority. When they issue new notes, they are bound by the law to provide an equivalent amount of foreign reserve.
Secretary for Economy and Finance, Lei Wai Nong, signed the contract on behalf of the government, while Carlos Cid Álvares signed on behalf of the BNU and Li Guang on behalf of the BOC.
The pataca’s issuance is 100% backed by foreign exchange reserves in Hong Kong dollar at a fixed rate of HKD1 to MOP1.03 with a non-interest-bearing Certificate of Indebtedness as a legal backing for the issued banknote. With that said, the AMCM assures the full convertibility of the pataca into Hong Kong dollars.
In addition, as the issuance of the Hong Kong dollar is backed by the U.S. dollar, the patacas thus indirectly have a linked exchange rate with the U.S. currency. The rate is pegged at about USD1 to MOP8.
According to the AMCM, in 1905, the Macau government granted BNU the exclusive right to issue banknotes in pataca denominations. The first batch of the pataca banknotes circulated in Macau on January 27, 1906.
In 1980, the then government transferred the exclusive right to the Currency Issuing Institute of Macau (IEM). However, BNU has continued to issue pataca banknotes. When the Government renewed its note issuance agreement with BNU on October 13, 1995, the BOC became the second note-issuing bank.