Bon Jovi bring the house down at The Venetian Macao 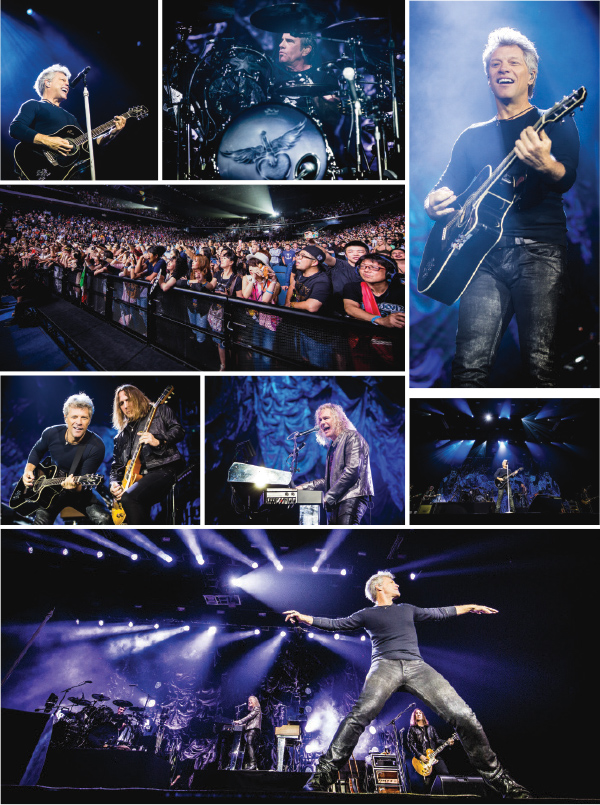 Legendary American rock band Bon Jovi thrilled packed audiences at The Venetian Macao’s Cotai Arena with two back-to-back concerts on Friday and Saturday.
Singing hit after hit from their extensive back catalogue of classic rock anthems, the crowd sang along and rocked out as frontman Jon Bon Jovi brought the house down with pitch-perfect renditions of classics such as “Livin’ on a Prayer,” “You Give Love a Bad Name,” “Who Says You Can’t Go Home” and “It’s My Life.”
With boundless energy and enthusiasm, Jon Bon Jovi encouraged the crowd to join in and be part of the show.