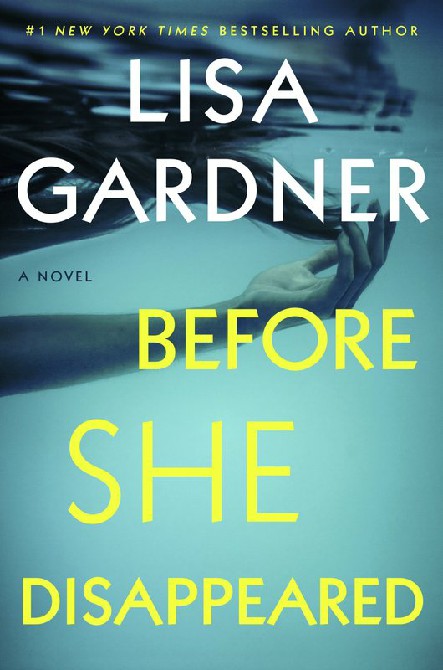 “Before She Disappeared,” by Lisa Gardner (Dutton)

Frankie Elkin is a nomad. Owning only what she can carry, she wanders from town to town hunting for missing people whom the police have been unable to find.
She is neither a police officer nor a private detective. She has no training for this work and asks nothing in return for it. But in the ten years or so since it became her obsession, she has become good at it. So far, she has found 10 missing people.
Sadly, none of them were found alive.
As Lisa Gardner’s “Before She Disappeared” opens, Frankie is hoping to break that string of bad luck in the largely Haitian neighborhood of Mattapan in Boston. There,16-year-old Angelique Lovelie Badeau has been missing for 11 months, never making it home after school one day.
Frankie, who can’t afford to eat unless she works, talks her way into a bartending job in the neighborhood and introduces herself to the missing girl’s family and the Boston detective working the case. None of them are pleased to see her, but Frankie’s unflinching honesty and her ability to ask questions that open new avenues of investigation gradually win them over.
Sometimes working alone and sometimes with the detective, she gradually uncovers a tangle of fake I.D. forgers, street-level drug dealers, counterfeit cash passers and human traffickers who may or may not have something to do with the girl’s disappearance. Still worse, mid-way into the investigation the missing girl’s best friend also goes missing.
This book, the best-selling author’s first stand-alone novel in 20-years, is a sharply-written, tension-filled yarn full of twists readers are unlikely to see coming. The most compelling element, however, is the character of Frankie, a recovering alcoholic whose obsession with the missing is a penance of sorts for the burden of guilt and grief she carries over a past trauma that took the life of a man she loves. BRUCE DeSILVA, MDT/AP