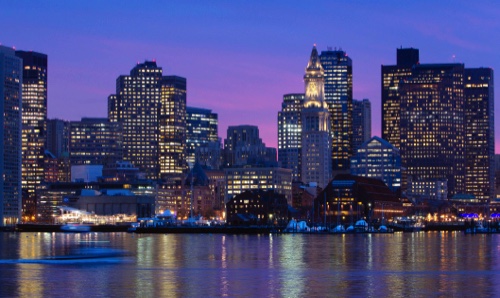 Boston residents
will get their first chance on today [Macau time] to see how Olympic organizers would handle the 2024 Summer Games if they are awarded to the Massachusetts city.
Local bid organizers are planning a public encore for the presentation that won over the U.S. Olympic Committee last month. The privately run Boston bid committee is also planning to release many of the documents that detail how the games would be staged and financed. Later, the group will hold the first meeting of its Citizen’s Advisory Group.
Boston beat out bids from San Francisco, Los Angeles and Washington, D.C., earlier this month to be selected as the U.S. nominee for the 2024 Games. The city now goes up against potential bids from Rome, Paris, and Berlin or Hamburg, Germany, among others. The IOC will make its decision in 2017.
Boston has promised a walkable, sustainable games that would take advantage of facilities and fundraising at the area’s 100 colleges and universities and require no public funding. But very little of the bid information has been made public so far.
Doubters cite recent cost explosions at the Sochi and Beijing Games and say the Olympics is a bad deal for the city. The group No Boston Olympics has complained that the bidding has been conducted in secret and called for all of the bid information to be released.
“They still seem to be taking their orders from the USOC,” said Chris Dempsey, one of the group’s founders, calling for all of the documents that were signed by the mayor and submitted to the USOC to be made public. “Releasing just a partial set doesn’t exactly reassure the public that this bid is good for the citizens who live here.” Jimmy Golen, Boston, AP