Boxing faces breakaway threat ahead of 2020 Olympics in Tokyo 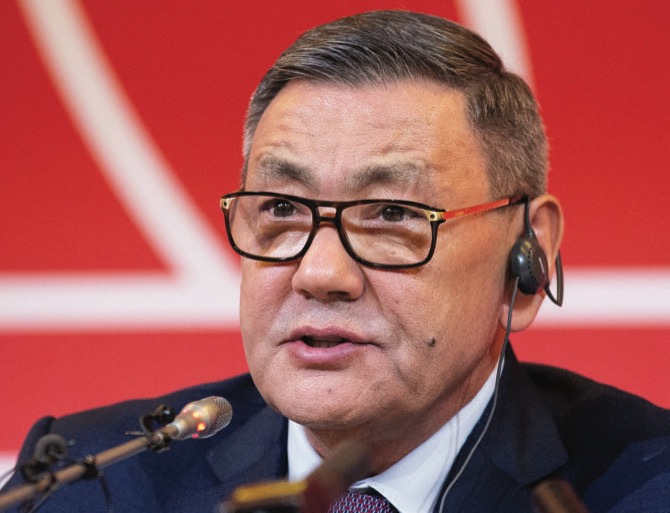 Amateur boxing faces a breakaway threat ahead of the 2020 Olympics in Tokyo after its international federation elected a president accused of ties to organized crime.

The federation, known as AIBA, says a “rogue group” led by unnamed “Kazakhstani individuals” has asked national boxing federations to write to the International Olympic Committee offering to help run an Olympic boxing tournament without AIBA.

AIBA published late Friday what it said was a sample letter organized by the breakaway group. The unsigned letter addressed to the IOC says “our group is ready to provide with the necessary technical expertise and sufficient financial conditions” to run the tournament, citing “the dire situation of the sport of boxing.”

The U.S. Treasury Department has alleged Rakhimov is a heroin trafficker linked to organized crime and placed him under sanctions. Rakhimov denies the allegations.

AIBA risks being derecognized in June after an IOC inquiry panel reports. Until then, AIBA is banned from contacting 2020 Tokyo Olympic organizers.

A person close to Kazakh boxing officials, speaking anonymously because they weren’t authorized to discuss the letter, told The Associated Press the copy published by AIBA was genuine. A leading figure at a national boxing federation, speaking anonymously because of possible retribution from AIBA leadership, said they had been approached to sign such a letter but had not done so. The IOC knows nothing about the plans, spokesman Mark Adams told the AP.

AIBA said it had launched a taskforce to investigate and discipline people involved in circulating the letter, accusing them of “sabotaging AIBA’s position within the Olympic movement.”

“AIBA assumes that the IOC has dismissed and distanced itself from any and all of these activities initiated by this group of individuals,” AIBA added. “The IOC has been contacted with regards to the letter, however, no response has been provided in return.” AP