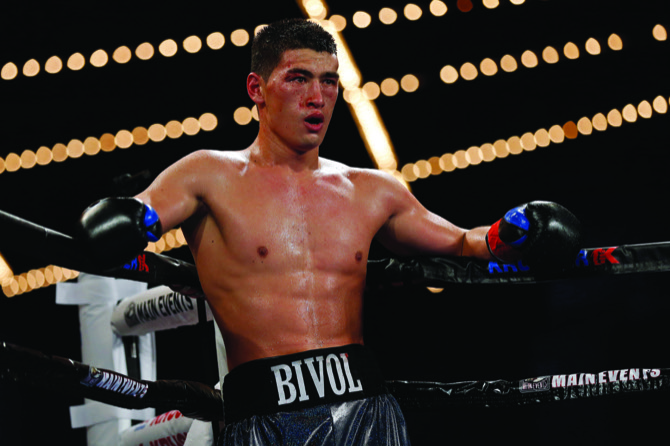 Dmitry Bivol knew where he wanted to go in his boxing career — straight to the top of one of the HBO cards he used to watch replays of while growing up in Russia.

Now Bivol is a light heavyweight champion — and on Saturday night (Sunday in Macau) he’ll finally be an HBO headliner. He meets former champion Jean Pascal in Atlantic City as the featured bout of HBO’s World Championship Boxing series.

The fight is big for Bivol, but the occasion for boxing fans is bittersweet. After 45 years, HBO is pulling the plug on its premium boxing coverage with its last prime-time boxing card.

First, though, Bivol gets his shot to shine.

“It was my dream to do this,” Bivol said. “We had a couple of offers to fight on another channel, another platform. But I took this chance to realize my dream.”

HBO — which began in the boxing business with George Foreman’s knockout of Joe Frazier in 1973 — says it is leaving boxing because research shows the sport doesn’t increase subscriptions to the premium network. Boxing fans need not worry, though, because plenty of others are entering the mix.

There’s a seismic shift in boxing, which for years relied on HBO and Showtime for top fights, and pay-per-view for the biggest fights. HBO may be leaving, but other networks and platforms are rushing to fill the gap — and then some.

That includes longtime rival Showtime, which is looking for ways to expand its boxing offerings.

“We know it drives business, we know it attracts ratings,” said Stephen Espinoza, president of Showtime Sports. “We have a long history in the sport and believe in the sport. If anything we’re becoming more active and looking for more fights.”

Indeed, the demand for live programming is prompting a lot of broadcasters to take a look at boxing once again. And they’re making plans to show fights on everything from free over-the- air television to subscription streaming apps.

Superstar middleweight Canelo Alvarez, who had been a big attraction for HBO, signed a deal last month to fight exclusively on the streaming service DAZN through 2023. Though all details weren’t revealed, the contract is believed to be an 11-fight deal worth a minimum of USD365 million for Alvarez, whose last fight with Gennady Golovkin was televised on HBO pay-per-view.

Instead of paying $84.95 for one pay-per-view fight, fans can buy DAZN for a monthly fee of $9.99. The service has also locked up Anthony Joshua, the big British heavyweight champion, along with a number of other fighters from Golden Boy Promotions and Joshua’s British promoter, Matchroom Sport.

“This is huge for boxing, huge for Canelo and huge for Golden Boy,” Golden Boy promoter Oscar De La Hoya said when the deal was announced last month. “Golden Boy is at the forefront of something very monumental for the sport of boxing.” Tim Dahlberg, AP