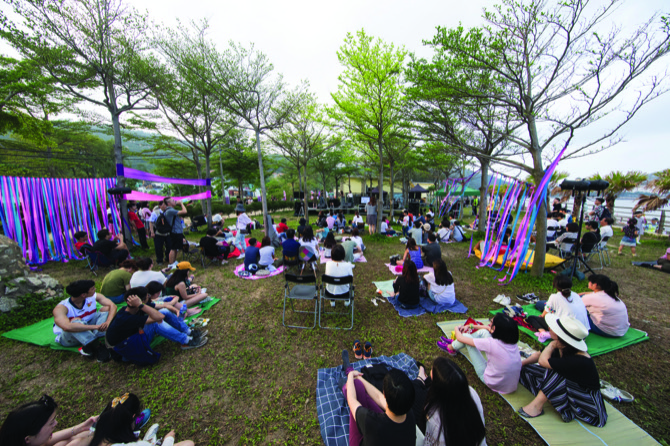 The “HUSH!! Full Music” event will be held April 28 – May 1, 2019 at Hac Sa Beach, the Cultural Affairs Bureau (IC) has announced. The IC launched an open call for proposals for “hush! x Creative Industries,” under which “individuals or companies can design and produce diverse creative products, with no limitation to product types.” The IC stated it will select and review the applications based on three criteria: “creative design concept, product uniqueness, sales and promotional plan.”

The director of the Identification Services Bureau (DSI), Ao Ieong U, said this week that the multi-service counters recently introduced are a way to provide convenience to the public and also to cope with the bureau’s limited human resources. Ao explained that since DSI “serves over 1 million people a year,” it had to find a more effective service model to cope with the increasing application volume. According to Ao, DSI found that the multi-service counter was an ideal solution. After allocation of resources, citizens can now lodge application for various identification documents in one counter at the same time.

Philippines-based food giant Jollibee Foods Corp. (JFC) has seen its attributable profit grow by about 26 percent from July to September, attributable to overseas global expansion as well as the consolidation of American burger chain Smashburger into its portfolio. JFC’s business in Europe, the Middle East and Asia (except its home market in the Philippines) increased by 32 percent, while revenue in the China region increased 5.2 percent. Business in the Philippines, which accounts for around 70 percent of its revenue, increased by 15 percent.

The company opened a Jollibee fast food store in Macau in June of this year. JFC opened 302 stores in the July to September period, meaning it runs a total of 4,353 stores around the world, as of the end of September.