Radamel Falcao says he wants to play for Manchester United “for many years” after joining on a season-long loan from Monaco. United is the Colombia striker’s fifth club in as many years, having left River Plate in 2009 to join FC Porto before moving to Atletico Madrid two years later. For Falcao, those teams were stepping stones ahead of a move to a major European club like United. Falcao, who was presented as a United player yesterday, says “when I was in Porto, Atletico Madrid, I always wanted to improve and dream of playing in a team like this, and now I want to stay here for many years.” United has the option of signing Falcao — for a reported 44 million pounds (USD71 million) — next year.

The FIA has decided to ban all radio transmissions that help with car or driver performances at Formula One grands prix. F1 race director Charlie Whiting has sent a letter to all teams to say that messages from drivers asking for advice, or from teams informing their drivers about the best options to make gains on the track, would no longer be tolerated. Whiting’s directive states that “in order to ensure the requirements of Article 20.1 of the F1 sporting regulations are respected at all times, the FIA intends to rigorously enforce this regulation with immediate effect.” The ban does not target advice given on pit-stop strategies or safety issues. 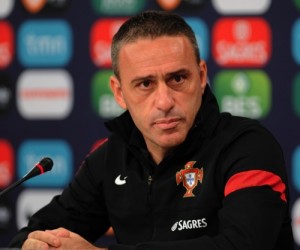 Portugal coach Paulo Bento is leaving his job after a string of poor results, including a 1-0 loss to Albania. The Portuguese football federation says Bento’s departure was by mutual agreement and that his replacement would be announced soon, though it gave no date. Bento took charge four years ago and steered Portugal, via the playoffs, to the 2012 European Championship and the recent World Cup. But the Portuguese disappointed in Brazil, where they exited in the first round, and last Sunday lost 1-0 to visiting Albania in their first qualifier for Euro 2016.