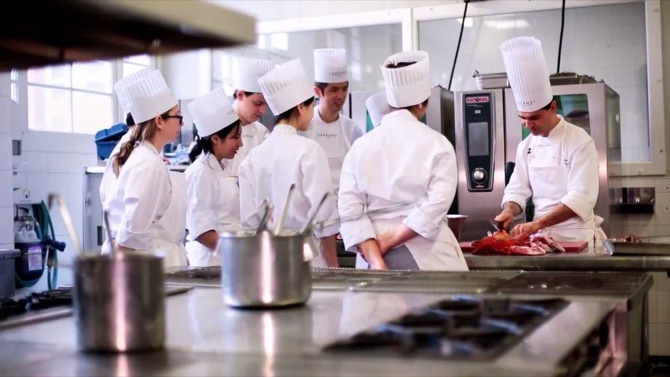 IFT is partnering with FERRANDI Paris – The French School of Culinary Arts and Hospitality Management to launch an exchange program for undergraduate students next year. In each academic year, both institutions will make two study places available for students of the partner institution. The actual number of students on exchange will be confirmed and decided annually. IFT students will be able to apply for a study exchange place in any one of the following programs at FERRANDI Paris: Bachelor of F&B and Hospitality Management, and Bachelor of Culinary Arts and Entrepreneurship.

Hong Kong has been encouraged to appreciate the importance of mainland China’s support. In his column in Oriental Daily News, Chan Wai-keung, a lecturer in humanities and social sciences at Hong Kong Polytechnic University, questioned how Hong Kong would be able to face big disasters without the country’s support. “The heads of Macau people are a bit clearer. [In] the aftermath of the disaster [Typhoon Hato], [Macau] had to ask for help from the Liberation Army to solve the difficulties. Macau people know deeply the importance of having the country saying it’s got [Macau’s] back,” wrote Chan. “The Hong Kong government did not ask for help from the Liberation Army. Therefore, [if Hong Kong] wants to complete the works [to recover from Typhoon Mangkhut], I am afraid that at least one month is needed,” said Chan.

The government has extended the license of Companhia de Televisão por Satélite MASTV for another five years, according to a dispatch published yesterday in the government official gazette. MASTV was launched in 2004. According to the 2004 contract, MASTV is to pay an amount equivalent to 1.5 percent of the gross operation income, or somewhere between MOP100,000 and MOP500,000 per year, as operation expenses to the Macau government. Besides MASTV, Macau has one free television station, one paid station and five satellite stations, providing a total of 157 television channels.