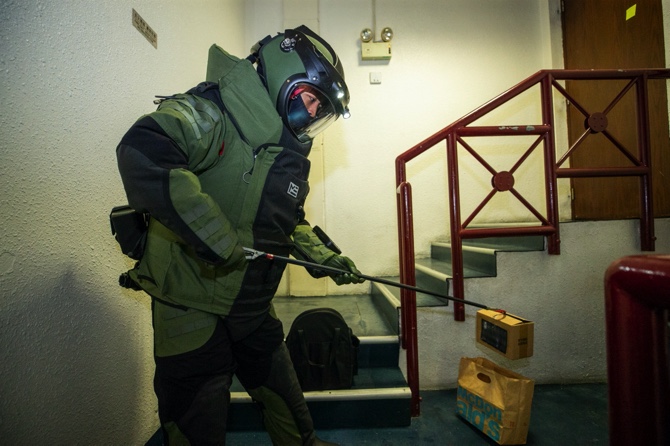 The Macau Heliport conducted a security drill simulating a bomb threat. Authorities said the drill was conducted in a smooth manner and all procedures were in place. According to an official statement, the drill took place at 11:30 p.m. on January 9 at the Macau Heliport of the Outer Harbor. The scenario began with a call received by the staff claiming that a bomb had been placed in the heliport. After conducting an assessment of the situation, the heliport activated the emergency plan and immediately informed all relevant government entities. The heliport staff found a suspected object in the staircase area which prompted the Heliport Command Centre to initiate an evacuation of all passengers and staff. The explosive disposal team of the Public Security Police Force examined the suspected object and eventually concluded that it was not a genuine bomb. 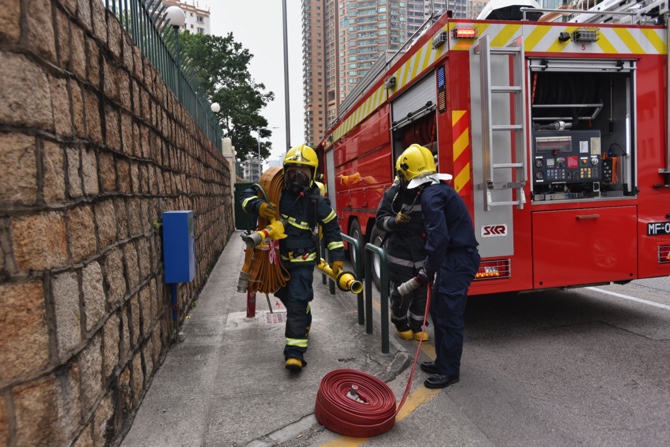 The Fire Services (CB) held a fire and evacuation drill last week at the Hovione pharmaceutical factory, in conjunction with Hovione Farmaciência SA, so as to improve coordination and communication between both parties and prepare contingency measures in the event of an incident. In the simulation, workers had discovered a fire caused by static electricity at the factory. They immediately called the Fire Services for assistance and evacuated employees. Meanwhile, the CB dispatched nine emergency vehicles and 38 firefighters to the site to extinguish the fires and conduct search actions as per the defined plan. About 160 people from both the Hovione factory and the CB participated in the simulation, according to a statement from the CB.

The Macao Federation of Trade Unions celebrated its 70th anniversary last week. The celebration was attended by, among other guests, Chief Executive Ho Iat Seng, who commended the federation’s contribution to the city in the past two decades. He also addressed the federation’s support to the governance of the Special Administrative Region. In the future, Ho hopes the federation can “accomplish new missions in a new era.” He also assured that the government would continue its support for the federation by refining labor rights and workplace, progressing labor-related legislation, as well as introducing new and upgrading existing vocational training. All of this, Ho said, would be done in accordance with the ‘one country, two systems’ policy framework.

Thirteen historic brick houses under the administration of the Cultural Affairs Bureau (IC) are currently being renovated and will likely be turned into galleries to exhibit relics about traditional industries and handicrafts. The refurbishment and reopening will take place in several phases. Refurbishment on the house in the worst condition, numbered 24, began last month. It had major structural defects. The IC thinks any delay in the work on the houses will be severely hazardous to the entire project. After the renovation of the houses, the IC intends to exhibit history and relics of industries such as soy sauce manufacturing. An evaluation on the houses’ capacity will be conducted by third-party professionals.

Spot check results from last year show that school bags are becoming lighter, the Education and Youth Affairs Bureau told the Northern District Advisory Committee, as mentioned during a press conference about the bureau’s program to reduce the weight of school bags. The widely accepted standard weight of school bags should be no heavier than 15% of the carrier’s weight. According to the bureau, preliminary data show that the situation is improving. One of the factors for the heavy weight is carrying unessential things such as 64-color pencil kits and a fully filled water bottle. The bureau suggests that school children carry empty bottles and only fill water up at school. It will also encourage schools to install more water dispensers.