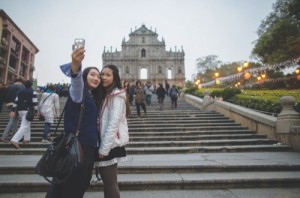 The Transport Bureau (DSAT) plans to launch bus-only lanes during peak hours along the Inner Harbor route connecting the A Ma Temple and the Border Gate. Starting from August, the time-bound bus-only lanes will be implemented from 7.30 a.m. to 9.30 a.m. and from 5 p.m. to 8 p.m., when only buses and emergency vehicles are allowed to pass on the road. DSAT said that it would consider whether or not taxis would be allowed to join the lanes after a period of implementation. At a transport advisory meeting, the Bureau indicated that there are currently more than 30 bus routes passing through the area, including buses that carry the biggest passenger volumes.

The Health Bureau (SSM) released a statement on Saturday, countering an Internet rumor by stressing that the city is not currently suffering from a blood shortage. The rumors claimed that Macau was lacking in blood and suggested that there were only five units of type AB blood in the Macau Blood Transfusion Service. Storage below ten is usually considered a dangerous level. In the statement, SSM said that the blood stock level in Macau is normal and that there are more type AB blood supplies in the two local hospitals. The Health Bureau also explained that the patients with type AB blood can receive transfusions from any blood types, while people with other blood types cannot take type AB blood. Given that blood expires after 42 days, the Blood Transfusion Service usually would not store too much type AB blood.