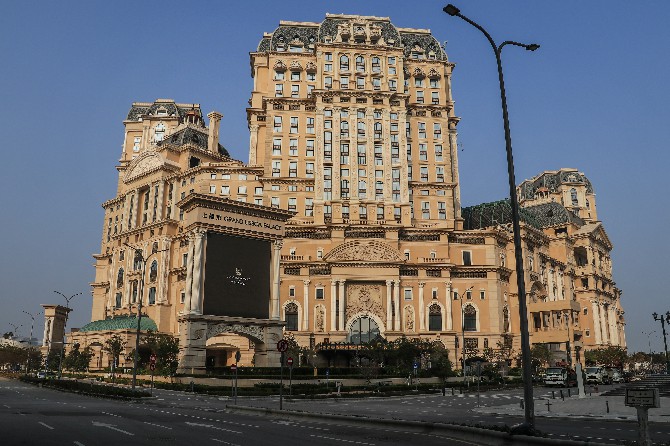 Brokerage Morgan Stanley has estimated that the opening of the awaited Grand Lisboa Palace will be further delayed to the third quarter (Q3) of this year, according to its recent note.
Initially, the HKD39 billion integrated resort was announced to open in the first half of 2021.
Macao Government Tourism Office’s (MGTO) Director Maria Helena de Senna Fernandes recently said that the property is in the final stages of licensing. The company’s vice chairman, CEO, and executive director Ambrose So mentioned in the SJM’s annual report in April that it has passed final government inspections and is expected to receive its operating licensing soon.
Gaming operator SJM Holdings previously affirmed that the Grand Lisboa Palace has been completed and that the project is undergoing final inspections by local government authorities.
However, analysts at Morgan Stanley stated that it could take four to eight weeks for the property to get its MGTO and Gaming Inspection and Coordination Bureau (DICJ) Occupancy Permit (OP) and approval/licenses.
In the report, the brokerage stated that the resort currently has 3,500 staff onboard, with SJM planning to open with 260 mass tables first while the remaining 44 VIP tables may open later in 2022 when the Versace hotel opens.
Back in February, the Labour Affairs Bureau co-organized a recruitment event with the gaming operator for the Grand Lisboa Palace.
SJM recorded a total loss of HKD647 million in the first quarter which increased from last year’s loss of HKD409 million.
According to the gaming operator’s unaudited report, the total net revenue, gross gaming revenue and net gaming revenue of the group decreased in the first quarter of this year by 28.8%, 32.7% and 29.2%, respectively, from Q1 of 2020.
Recently, So called on the SAR government to consider prolonging the six current gaming concessions for at least one year, and hold off seeking license tender until the global pandemic and economy have stabilized.