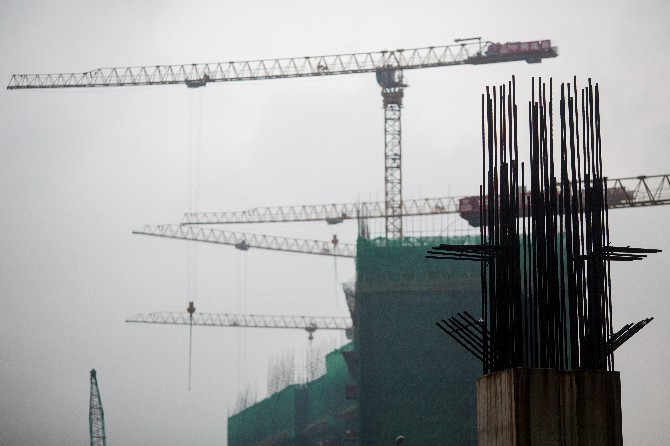 The budgetary execution rate of the Macau government’s Investment and Development Expenditure Plan (PIDDA) for the fourth quarter of 2020 reached nearly 96%, hitting record high.
The committee for the Follow-up of Public Finance Affairs discussed the matter yesterday in a plenary session. At the post-meeting press conference, president Mak Soi Kun and vice president Leong Sun Iok of the committee revealed that the government achieved a 95.8% execution rate and a 97.5% utilization rate in the budget for the quarter.
These levels are, according to the two lawmakers, the highest in history. They attributed the figures to the government’s proactive administration. They said the committee is satisfied with the achievements.
Nonetheless, the government should pay attention to certain points, according to Mak. He referred to the 21 projects originally planned for the quarter that were scrapped after final approval was withheld.
The committee thought that if the relevant bureaus conformed more strictly to the regulations governing project proposals, the situation concerning delayed or scrapped projects would be improved.
The scrapped projects amounted to about 8% of the projects over the course of the year. They included public housing projects on two land plots on the New Urban Zone A, the Golden Statue Adventure Village and the West-wing office of the Sports Bureau, and others.
There is an ongoing lawsuit over the office extension of the Sports Bureau and the reserved funds could not be used for other purposes. Moreover, it is still unclear whether the lawsuit will conclude in 2021, with the consequence that a portion of the bureau’s budget will be earmarked for the lawsuit.
The committee has suggested the government consider other methods for annually allocating funds to the lawsuit. AL