Budget for LRT East Line not yet ready: Rosário 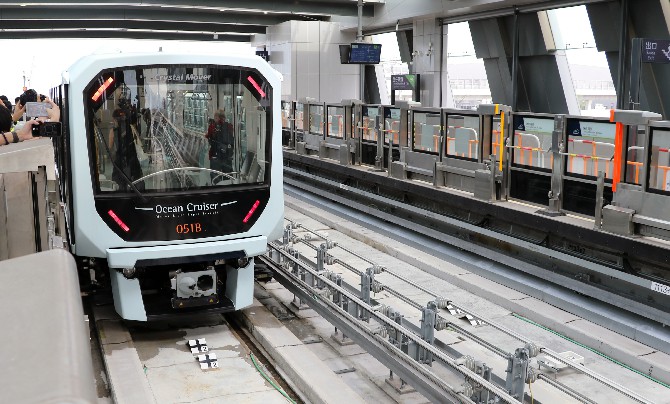 Although the preliminary design of the Light Rapid Transit’s (LRT) East Line has been announced, the budget is still difficult to determine, Raimundo do Rosário, Secretary for Transport and Public Works, said yesterday after sitting in a parliamentary committee meeting.
He was asked to make a forecast on the budget needed for the construction of the LRT line. He stressed that it will be the first time Macau builds an underground railway. Given the lack of precedents, it is difficult to foresee the budget.
“If anyone has the guts to draw a budget, it will be a little irresponsible,” Rosário explained.
The senior official added that a preliminary study is needed to determine the budget, before stressing that the government is striving to open a bid for the project by the end of this year.
Earlier, the Infrastructure Development Office has awarded the tender for preliminary design service of the project to the China Railway Major Bridge Reconnaissance & Design Institute Co. Ltd.’s Macau subsidiary. The price tag was more than MOP89 million.
On the price, Rosário said it was difficult to determine its worthiness. He used garment shopping as an example to illustrate that each shopper has their own gauge.