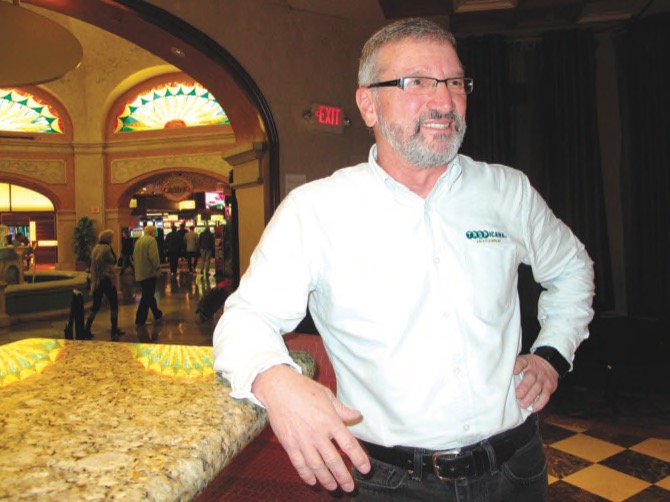 Caesars Entertainment is appointing a gambling-industry veteran as its new chief executive.

The change in leadership comes two months after billionaire investor Carl Icahn disclosed a large stake in the casino and began pushing for fundamental changes.

Caesars, which operates more than 35 casinos in the U.S., emerged from bankruptcy protection in late 2017, but it’s been struggling since. A committee is being put into place to consider a sale, among other things.

Its stock has fallen 16% over the past 12 months. Rivals MGM Resorts International and Wynn Resorts have fallen further, however.

Caesars’ stock, however, has risen about 40% from where it stood at the beginning of the year. It was up 14 cents, or 1.5%, at USD9.53 in afternoon trading Tuesday.

Rodio, 60, has over three decades of experience in the industry, including seven years as president and CEO of Tropicana Entertainment, which Icahn sold last year for $1.85 billion.

He is leaving his job as CEO of Affinity Gaming to join Caesars. Frissora was initially scheduled to end his tenure at Caesars in February, but delayed his departure until this month.

Icahn, whose stake in Caesars is larger than 17%, was adamant that he have a say in who led the company going forward, in addition with some control over board seats.

Caesar’s agreed to replace three members to its board with directors chosen by Icahn. The Icahn Group also held the option to appoint a fourth director if Caesars failed to appoint an acceptable CEO. AP