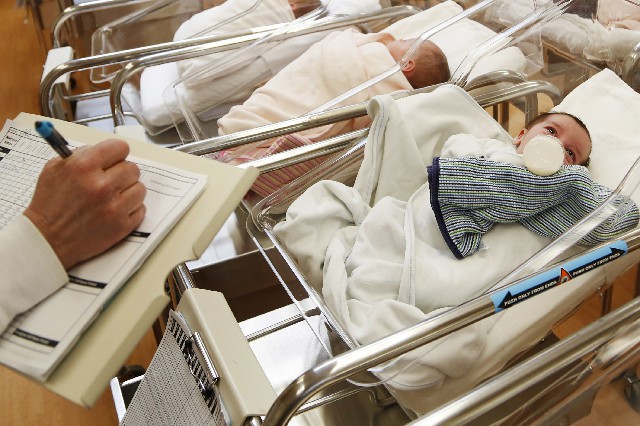 Chief Executive-elect, Ho Iat Seng, said during his election campaign that to increase the current birth rate in Macau “is a kind of social responsibility” as the birth rate has been dropping and society is starting to struggle with the effects of an aging society.
Ho had replied to participants’ questions at a forum held at the headquarters of the Women’s General Association of Macau in mid-August, two weeks before his election, when he was asked about the measures of the incoming Macau government to encourage local couples to have more children.
“Delaying marriage is a common [thing] nowadays. Most couples have to work hard in their careers so some of them would rather have a pet than raise a child,” he said.
Ho noted that contributing to such a fact is also the gaming and hotel industry, which are the main pillars of the local economy, where “people are working in shifts and with unstable working hours [which] leads to lack of time to communicate with their partners.”
According to Ho, this explains not only the declining birth rate but also the increase in the divorce rate.
The latest official statistics on the topic show that less than 6,000 births were recorded last year, a drop of 9.2% when compared to the previous year. Macau’s birth rate now stands at about 9 per 1,000 people.
According to the CE-elect, the matter is motivated by “couples’ personal preference” and is not likely to be influenced by government measures that aim to stimulate the birth rate, such as increasing birth allowances, and benefits including subsidies, as well as other incentives.
For Ho, “Macau has a low-tax system, which, unlike western countries, does not provide tax incentives and grant its citizens various subsidies to encourage people to have a baby. There is not a lot of room to implement new policies to boost our birth rate.”
Such an acknowledgement means that local citizens should not expect the incoming government to add any new measures to those previously implemented, such as the increase of the government birth allowance raised last year to MOP5,000.
This particular measure, announced by the Social Security Fund (FSS) on February 5, 2018, was intended to boost the birth rate. The FSS also informed that the increase had backdated effects to January 1 of that year.
The birth allowance amount applies to births and adoptions by parents who are residents. Both parents can receive the birth allowance as long as they are both eligible and submit their applications.
A bill that will amend the local laws on maternity and paternity leave has not yet been approved in its final reading at the Legislative Assembly. The amendment proposes to increase general maternity leave from the current 56 days to 70 days, as well as the establishment of five paid days of paternity leave.
The proposal has been criticized as discriminatory because government employees and those from public-related companies already enjoy maternity leave of 90 days.
Back in 2015, the president of the Women’s General Association, lawmaker Wong Kit Cheng, and a group of women delivered a petition with 12,000 signatures to the Standing Committee for the Coordination of Social Affairs, appealing for the increase of statutory maternity leave to 90 days.
At the Legislative Assembly, it was noted that the local government should take this opportunity to follow the rules of the International Labour Organization and provide 98 days of paid maternity leave to all citizens independent of being civil servants or not, while government representatives claimed that the 70-day proposal was based on the Labour Affairs Bureau’s public consultation and comparable policies in neighboring regions, such as mainland China and Hong Kong.
Just a week before the statements by the CE-elect, government representatives stated that the authorities intended to “gradually increase” the days of maternity leave.
However, Ho, who will take the helm of the new government in December, seems to have different intentions.
“The government currently provides free education to students and [also] sponsors students to enter local universities,” Ho said, adding, “it spends nearly MOP1.5 million on the education of each citizen.”
For Ho, it is the couple’s own responsibility to address the problem of the decreasing birth rate. “Many couples nowadays focus more on their quality of life than giving birth, while the previous generation viewed having a baby as their social responsibility,” said Ho. “The increase in the birth rate [goal] needs everyone to perform their social responsibility.”
As for government support, Ho noted that nursing rooms are being established in all government offices and public service buildings, as well as at other private premises, such as companies and institutions.

Secretary for Security Wong Sio Chak did not respond to questions about Chief Executive- elect Ho Iat Seng approaching him on the formation of the next government.
According to a report by public broadcaster TDM, Wong answered the question by saying, “thanks for everybody’s consideration.”
Wong remarked that Ho would be the one to disclose who has been approached, and generally whomever has been approached will have already agreed to take up the position.
Earlier this month, when Ho departed to Beijing for the official appointment by the Central Government, Ho said that he had not decided on the selection of his secretaries, and that he would listen to all sectors’ opinions about the relevant positions.
The Chief Executive-elect also claimed that he understands that society has many high expectations for the secretaries and bureau directors, and he remarked that secretaries must have three characteristics: be corruption-free, have high execution capability, and have the ability to communicate with the public.
Wong believes that high-ranking officials will work towards the standards mentioned by Ho.
Ho previously revealed that he would submit the list of names of secretaries by November at the latest. JZ