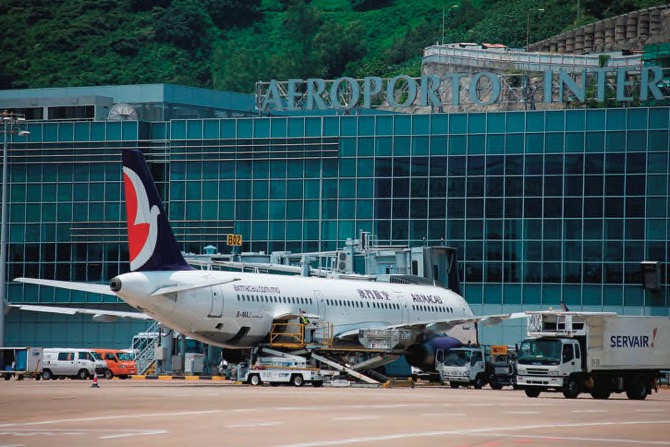 Air Macau is celebrating its 25th year of operations.

As part of the celebrations, the company has announced its intention to reach an agreement with Irish lessor AerCap for three Airbus A321neos as part of the company’s fleet renovation efforts.
According to Flight Global, the announcement was made amid the 25th anniversary celebrations, but another agreement with AirLease for two aircraft of the same model was signed late last year.
Air Macau expects the two AirLease aircraft to be delivered between the end of this year and spring 2020.

According to the same source, the first A321neo is expected to arrive at the Macau International Airport in November 2020 when the current exclusive concession from the company will expire, while the other two aircraft are likely to join the fleet about one year later.

Air Macau said at the beginning of the year that the local government’s move to liberalize the market would promote significant changes to the airline’s strategy and development. The airline had previously held an exclusive concession that permitted it to operate certain routes without competition.

On the sidelines of the celebrations for Air Macau’s 25th anniversary, which were held last Friday, the president of the Civil Aviation Authority (AACM), Simon Chan, told the media that several companies would be interested in establishing a home base in Macau, but noted these intentions depend on a central government decision.

Chan said that after Air Macau’s exclusive concession expired next year, the airline would still be able to continue operating in Macau.

Currently, 32 airlines offer flights connecting Macau to more than 60 cities. In part due to this marketplace activity, Chan noted that the ending of Air Macau’s concession will not impact the development of Macau aviation.

“According to the [Macau] Basic Law, the central government [is the entity] that has to establish the new policy for the aviation sector,” Chan said, adding, “we have been communicating with them but we don’t have [the] full details yet.”

Chan also noted that the only work that was under the competence of the AACM was the drafting of a plan for future policy.
During a meeting with the head of the government on Friday, chairman of Air Macau, Zhao Xiaohang, said that the company has achieved success, especially in the past decade, noting the growth of the airline’s fleet to 21 aircraft, the reduction of the average age of the planes and the increase in profits earned over the last 10 consecutive years.

The Civil Aviation Authority of Macau (AACM) expects the Macau International Airport will serve more than 9 million passengers this year, according to AACM director Simon Chan. On average, the passenger traffic volume of the airport has increased by between 17 to 18% this year. Chan is confident that the growth will continue for at least the next few months.