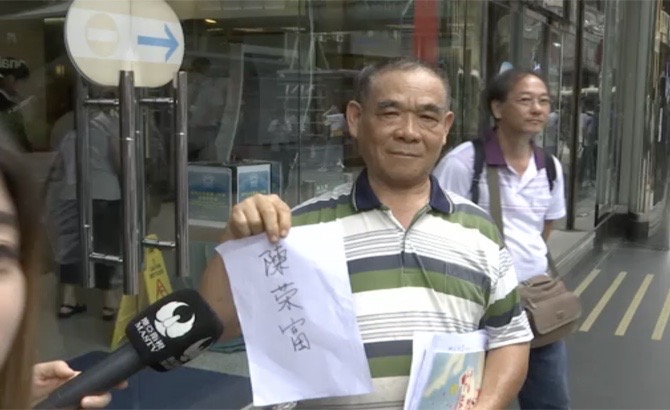 The head of an electrotechnical engineering company in Macau, who has lived in the city for more than four decades, says he wants to become the next Chief Executive.

At 68 years old, Chan Weng Fu yesterday afternoon became the sixth candidate for the post of Chief Executive after he delivered his electoral program proposal to the Chief Executive Election Committee.

Broadcast on the TDM Radio Chinese-language channel, Chan expressed his hope of gathering enough support to be able to run for the post, saying that after the publishing of his electoral program he is optimistic that he will be able to convince voters to support him.

Ho is viewed as the election favorite, with much doubt cast publicly on the ability of any of his five rivals to harness the necessary support from at least 66 members of the 400-person Electoral Committee.

As with the four other pretender candidates, not much is known about Chan, aside from his lack of experience in government duties.

Aside from Ho, the other candidates include Leong, 45, who is currently the director of an investment consultancy company.

Hoi is a well-known protester, best known for his street presence at the city’s tourism hotspots, namely Senado Square. He was formerly a newspaper publisher, but he is also known for working at an insurance company, a job that has been identified as the cause of his long-lasting street protests.

As for Choi, she is a self-described “grassroots” candidate and the only female contender in the race, with a platform of “fighting for democracy, freedom, cracking down on corruption, and pursuing fairness and equity.”
She has worked in the clothing and construction sectors and currently, she is said to dedicate herself to volunteer work and her four children.

According to a report by Exmoo, Choi was sentenced to four years in prison in association with a fraud case.

The list of the current candidates is completed by Siu, the 73-year-old honorary consul of Papua New Guinea in Macau and the fifth candidate to announce his intention to participate.

Siu believes that if the current business-dominated political climate persists, the competitiveness of the city will weaken. A key part of his campaign pledge is to pry open the ‘small circle’, drawing on his experience as a diplomat.

The Chief Executive election will take place on August 25.